“Obama was one of the best salesmen we’ve ever had,” Francisco said of the former president, who cut short a visit to Fort Myers on July 20, 2012, following a mass shooting in Aurora, Colorado during a midnight showing of “The Dark Knight Rises”. Twelve people were murdered and 70 injured. James Holmes was convicted of the crimes. He used an AR-15, a shotgun and at least one of two handguns.

“We don’t get a run on guns unless there’s going to be a perceived scarcity in the market,” Francisco said.
Source: Naples News 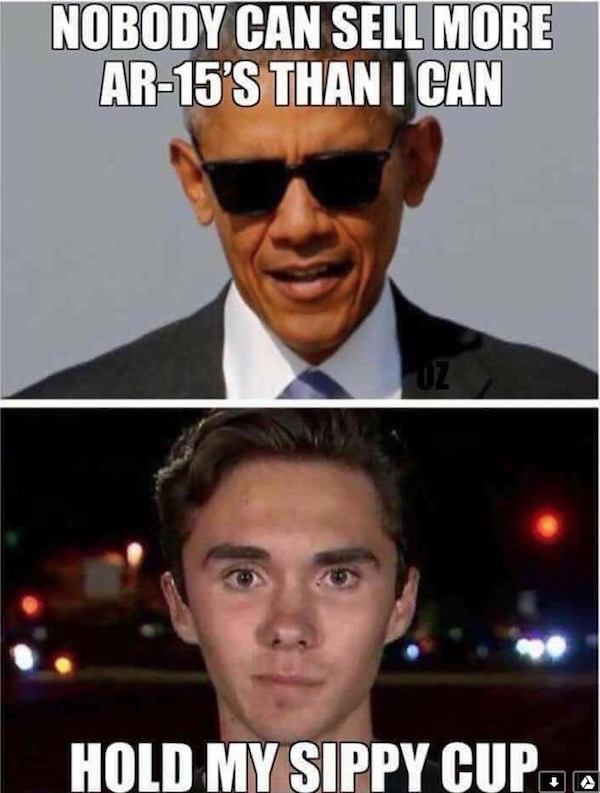 Perceived scarcity? When a so-called ‘student protest’ grows to become a national movement, and even former Supreme Court Justices are calling for the repeal of the Second Amendment, that would certainly produce ‘perceived scarcity’.