Wouldn’t Machiavelli be so proud of these guys?

Well, at least they stayed true to that slogan of ‘Move fast and break things’.

When there are billions to be made, who really cares if the little people get thrown under the bus of progress? 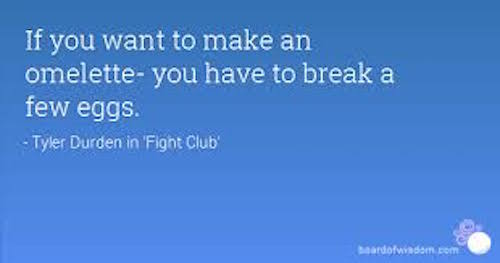 Actually, they may be rethinking that slogan now that they aren’t the darlings of tech they had been before the data-mining scandals.

They’re ALSO not quite as popular after rolling out the algorithm obviously designed to force-feed people a ‘sanitized’ version of the world as their network of super-geeks would have us see it — without those annoying dissenting ideas and counter-narratives.

Turns out people don’t like being told what and how to think. Who knew?

They have a stranglehold on data that has caught the attention of government authorities.

That will make this leaked memo all the more awkward:

A newly leaked internal memo, written by top Facebook executive Andrew ‘Boz’ Bosworth’ in June 2016, gives a candid look into how far the tech giant was willing to go in order to become the world’s most popular social media platform.

In the memo titled ‘The Ugly’, Bosworth admits that the firm engages in ‘questionable contact importing practices’ and uses ‘subtle language that helps people stay searchable by friends’ — all for the purpose of growing the service, according to a BuzzFeed report.

He even ventures as far as to say that if connecting people causes someone to ‘die in a terrorist attack coordinated on our tools’ that it’s all part of the effort to achieve growth.
Source: DailyMail

So let’s make sure we understand what they’re saying.

They care more about padding their bottom line than they do about the lives of their own clientele? That’s pretty damned twisted.

The rules are confusing.

“Facebook met with Pakistan officials to express the company’s deep commitment to protecting the rights of the people who use its service, and to enabling people to express themselves freely and safely,” the company said in an email.

“It was an important and constructive meeting in which we raised our concerns over the recent court cases and made it clear we apply a strict legal process to any government request for data or content restrictions.”

Pakistan’s social media crack-down is officially aimed at weeding out blasphemy and shutting down accounts promoting terrorism, but civil rights activists say it has also swept up writers and bloggers who criticize the government or military.
Source: Fortune

It’s ok to call people ‘Nazi’ and ‘Fascist’ or racist — with no evidence to back it up, even though such claims can destroy careers.

But lay a metaphorical glove on any person or idea they deem sacrosanct (for example, Islam –including Jihadis, BLM or the supposedly ‘student-led’ anti-gun protest) and you could find yourself in Facebook jail.

Well, at least their slogan was pretty honest.

Unlike Google’s ‘Don’t Be Evil’, which it later dropped.