Radical Feminists would love nothing more than to take your son and eradicate his masculine uniqueness.

They hate men, and therefore, they will hate your son.

That is, of course, assuming that you, the parent, intend to raise your son to be a man instead of a rouged, giddy and lipsticked, male American Idol hopeful.

Get it right, parental unit: in the coming days you will be facing female chauvinist pigs who have sick designs for your dear son in culture, in the classroom and in a lot of churches.

These whacked women actually believe that masculinity, the male composition, and a guy’s hormones cause boys to become wicked oppressors, sexually abusive and brutal beasts; and they have the inflated stats, the rewritten history books and the hysterical spin to prove it.

If I were you I’d keep him away from pop culture, public school and a lot of Nancy Boy churches. If metrosexual pop culture, feminized public schools and the effeminate branches of evanjellycalism lay their sissy hands on him, you can kiss his masculinity good-bye because they will morph him into a dandy.

Yeah, mom and dad, if – if – you dare to raise your boy as a classic boy in this castrated epoch, then you’ve got a task that’s more difficult than getting a drunk to hit the urinal at Chili’s.

Get it right mom and dad, you are rowing against the flotsam and jetsam of Sally River.

I hope you have a sturdy ideological paddle and some serious forearms, because our crap culture is determined to keep your boy and his testosterone at bay.

Yes, they will attempt at every turn to either drill it or drug it out of him.

Our ‘institutes of higher learning are in a race to the bottom.

Looks like the fundamental right of freedom of speech and expression is now subject to people’s hurt feelings. Who knew?

Can you imagine that kind of crap going on in Texas?

Because Texans are graduates of Yall University — proudly established in 1836.

Don’t worry — all y’all can stick it to Yale and wear this awesome Yall University shirt. #TexanPride 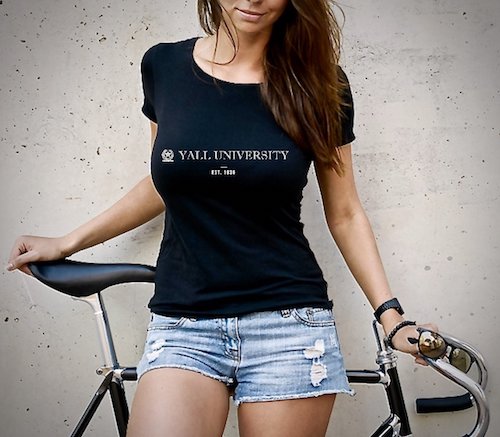 And of course the Gents: 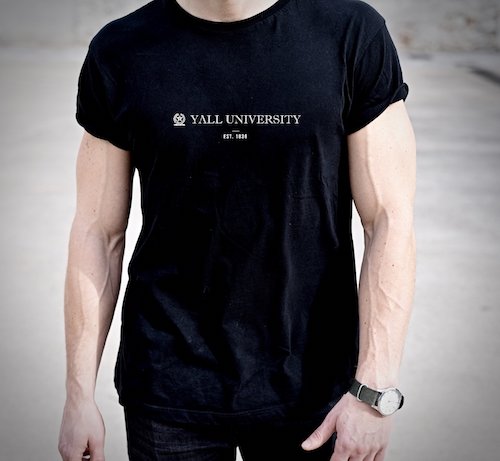