Wow! That’s incredibly embarrassing! Will she have it removed?

The Hollywood hashtag campaign protesting the sexual harassment of women in the entertainment industry has made it onto Emma Watson’s arm in the form of a tattoo.

Unfortunately, the star that was made famous in the Harry Potter films needs a lesson in Grammar.

Watson was wearing black in support of the ‘Time’s Up’ movement. She was also sporting a ‘Time’s Up’ tattoo — but it didn’t have an apostrophe between the ‘e’ and the ‘s’.

She was sure to keep it visible to the cameras.

Doesn’t she look so thrilled to be there?

It reminds me of this:

Hermione Granger, the character played by Watson, was the superstar brainiac student at Hogwarts — the school for those with magical abilities. The fictional educational institution didn’t cover basic English, however, and it’s apparent that Watson could’ve used the lessons. 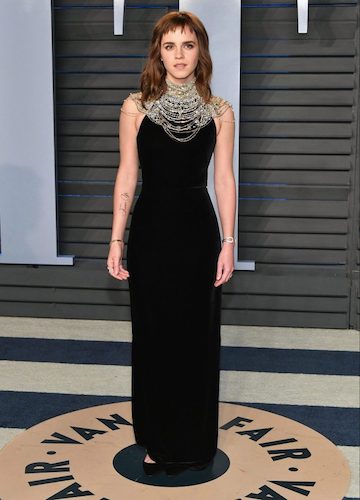 Here’s a close up of the tattoo: 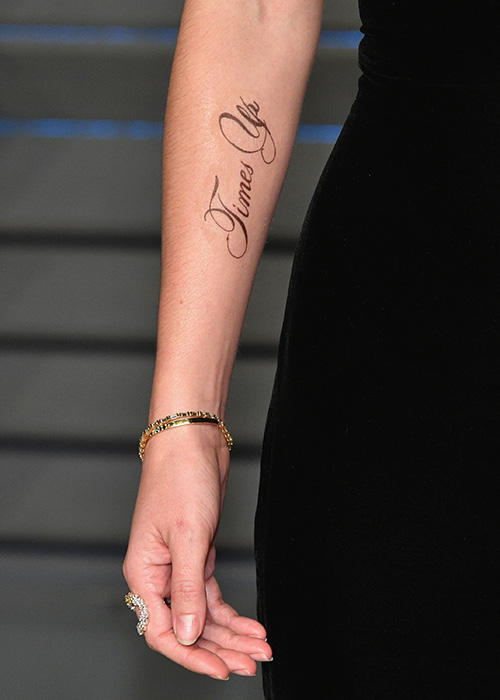 Fortunately for Watson, the tattoo is temporary but the humiliation is not.

The 27-year-old Harry Potter actress stormed the red carpet at Sunday evening’s Vanity Fair Oscars bash, where her sleeveless dress left the new inking on full display while she rubbed shoulders with fellow stars and pioneers of the movement.

The Brown-educated star appeared unaware of the fact the apostrophe was missing between the E and S in the huge transferred slogan across her forearm – leading to both praise and huge criticism on Twitter for the grammatical error.

Yes, Watson did indeed graduate from Brown University. Can you guess what her major was?

Love Emma Watson trying too hard to prove how much of a feminist she is with that Times Up tattoo and missing the apostrophe ????????

Might want to look into a refund for that Brown University bachelor’s degree in English Literature. ????https://t.co/GqcZQcWIhk

Is the error in Emma Watson's tattoo bringing anyone else out in hives?

And this one that is just brutal:

Surprised anyone saw the mistake on Emma Watson’s tattoo, mainly due to the fact it looks like she now cuts her own hair.

Maybe Watson is trying to show off that she’s tough and standing up for women everywhere.

Perhaps Watson should get this and learn how to be a real warrior chick: