He was twenty-three years old, and killed by the very devices he so maliciously used against others.

Mark Anthony Conditt, a former computer repair technician, who was listed in news reports as ‘unemployed’ was the person responsible for the series of bombs that had rocked Austin for almost a month.

There was no criminal history, nor had there been any of the usual ‘red flags’ in social media. 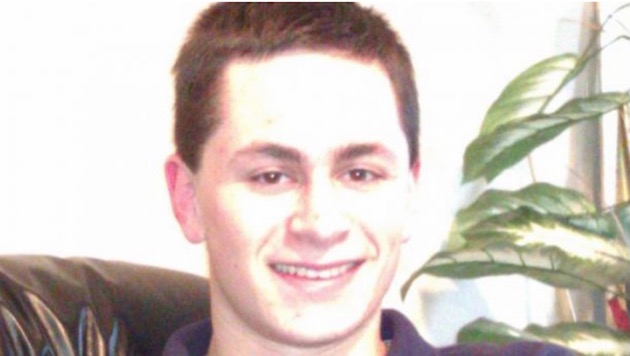 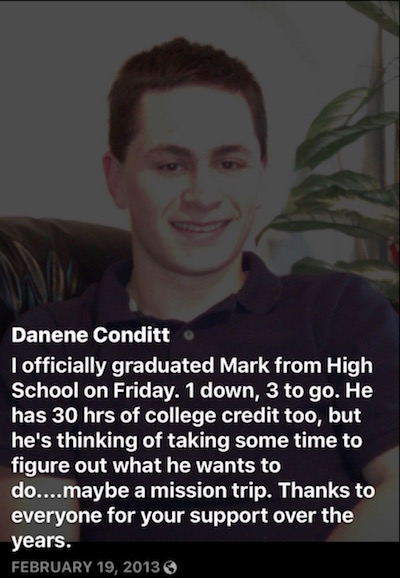 We don’t yet have a clear picture of how this homeschooled kid from ‘a good family’ who at one point contemplated a ‘Missions Trip’ of some sort became a sadistic murderer. 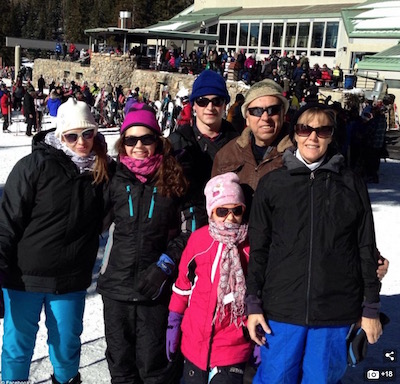 After graduating, he went to Austin Community College.

With the help of his dad, he was a homeowner in the community of Pflugerville.

He and his father, Pat Conditt, purchased a Pflugerville property last year that is now valued at about $69,000, according to property records. Another neighbor who was not named told KVUE that Conditt was from “one of the nicest families you’d want to have,” and was “extremely surprised’ to find out he was behind the deadly bombings.
Source: Fox

That was the home police were surveilling as the net was closing in.

He was in his car, stopped by police, when another of his bombs blew up, killing him. It is not yet known whether that detonation was intentional or accidental.

Interestingly, someone with the same name as his father, and a profile photo that resembles someone in the family photo above is listed as working in the same city that was being targeted with the bombings.

No word yet on whether the following post was genuinely related to him, or was just some political opportunist on the internet:

Before Mark Conditt was identified by police as the Austin bomber, a cryptic post showed up on the link-sharing site Reddit claiming to be from the Austin bomber. Using the handle “austinbomber,” the person made a series of posts comparing himself to the Zodiac killer.

“My intention is not to kill people,” the user wrote (via the New York Daily News). “I am doing this simply because I want to watch the world burn.”
Source: Inquisitor

Although the same media that was happy to call Fort Hood a ‘workplace violence’ has rushed to judgement with this case, linking it to anything from racial motives, to right-leaning positions on marriage or abortion (one outlet that would NEVER call a jihadist ‘devout’ muslim) was already trying to paint him as Mainstream Christian.

Right. The same Jesus that tells us to ‘love our enemies’ and warned that harbouring hatred is sinful in the eyes of a holy God just like murder is, would have a ‘devout’ follower willing to randomly kill strangers.

This is the same media that assures us that the Prophet of the Sword (one of Mohammed’s actual titles) gave the world a ‘religion of peace’.

Hey Media(D) — your biases are showing.

Maybe we’ll find the bomber had a specific grudge against someone. Or that he is a bigot. Or that he’s mixed up in some kind of a ‘movement’. Or that he’s got some kid of delusional view of the world and his role in it. Or that he’s just another loser blaming someone else for the problems in his life.

(That last one has a high probability of checking out.)

Or maybe — like we have been until now with Vegas — we’ll just be left scratching our heads.