This is an interesting development. Here’s the 411.

Walmart is set to remove the Cosmopolitan magazines from their checkout lines at 5,000 stores across the country at the urging of the National Center on Sexual Exploitation (NCOSE) who claim that the overtly sexualized material, which often depicts women in a degrading manner is harmful.

In a statement, Walmart spokesperson Meggan Kring said: ‘As with all products in our store, we continue to evaluate our assortment and make changes.

‘Walmart will continue to offer Cosmopolitan to customers that wish to purchase the magazine, but it will no longer be located in the checkout aisles. While this was primarily a business decision, the concerns raised were heard.’

Walmart is getting the ‘thumbs up’ from NCOSE, who has been trying for years to get the magazines off of the shelves. The group, which began as an interfaith group of clergy members in the 1960s under the name ‘Morality in Media’, changed its name in 2015. They have targeted Cosmo because they believe it is as detrimental as pornography.

According to the National Center on Sexual Exploitation (NCOSE), an organization that says it helped instigate the policy change, they are trying to protect children from being exposed to ‘graphic and often degrading and offensive material’.

‘This is what real change looks like in our #MeToo culture, and NCOSE is proud to work with a major corporation like Walmart to combat sexually exploitative influences in our society,’ said Dawn Hawkins, Executive Director at the National Center on Sexual Exploitation.

‘Cosmo sends the same messages about female sexuality as Playboy. It places women’s value primarily on their ability to sexually satisfy a man and therefore plays into the same culture where men view and treat women as inanimate sex objects.‘

What do you think of this move by Walmart?

Before you answer, check out the last 4 Cosmo covers. 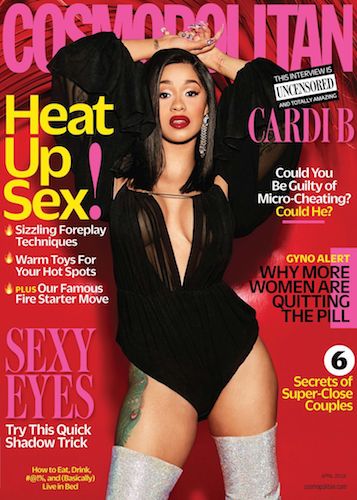 March 2018 featured Mandy Moore from This Is Us: 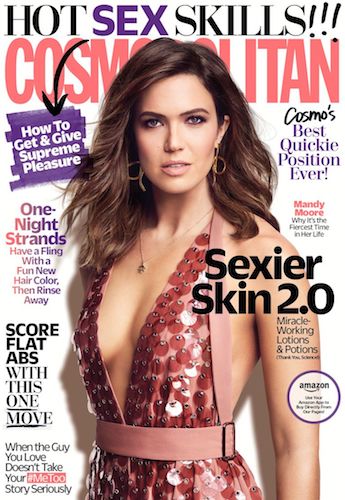 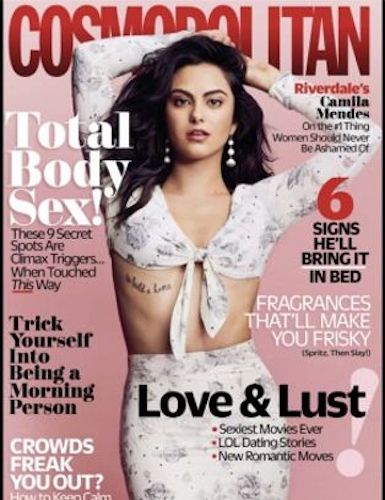 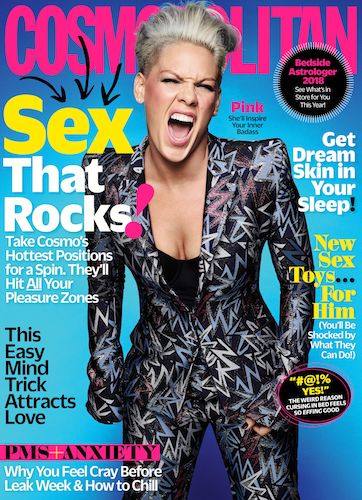 Each and every cover has the word ‘sex’ in big, bold letters.

Because the sexualization of everything couldn’t be problematic at all could it?

Cosmo has released an app that is absolutely ridiculous:

Doug Giles, best-selling author of Raising Righteous And Rowdy Girls and Editor-In-Chief of the mega-blog, ClashDaily.com, has just penned a book he guarantees will kick hipster males into the rarefied air of masculinity. That is, if the man-child will put down his frappuccino; shut the hell up and listen and obey everything he instructs them to do in his timely and tornadic tome. Buy Now:The Effeminization Of The American Male
Here’s a shirt for real men (and women, too):