The anti-2A Left has REALLY doubled down on their ‘never let a crisis go to waste’ strategy.

We would remind them that one big reason Piers Morgan lost his CNN viewership was when he got called out (by Shapiro) for ‘standing on the graves of the Children of Sandy Hook‘.

And now, that very same tactic of ‘standing on the graves’ is being used to energize an assault on the Second Amendment that Far Exceeds anything that Piers had ever proposed.

And if you want us to provide an example of such an assault, that’s easy. You need look no further than that embarrassingly partisan ‘Townhall’ just after the shooting.

And now, as though to prove they have no shame, the astroturf ‘movement’ that was sparked by that has energized some gun-grabbers on the left to swing for the fences while emotions over this are still very raw.

They are trying to ‘fundamentally transform’ society.

Remember that moment at the disgraceful ‘Town Hall’ when Rubio said that a ban on all semi-automatic weapons would effectively ban almost ALL guns? And the audience was absolutely THRILLED by that suggestion?

Even Trevor Noah, the only talking head on late-night less funny than Kimmel, cheered that as ‘the solution’.

Noah acknowledged that Rubio “tried his best” to explain his positions, but had some fun at the senator’s expense for being “totally out of sync” with all the attendees in that arena, specifically when Rubio suggested that what they wanted would lead to the ban of all guns, which caused the crowd to roar with applause.

“That was such an epic fail,” Noah reacted. “Marco Rubio said the solution like it was the problem.”

Noah praised the “heckling teenagers” for convincing Rubio to shift several of his positions on gun control during the town hall.

What is the new bill? The title is misleading. It calls itself an ‘Assult Weapons ban’… right?

Don’t you belive it. 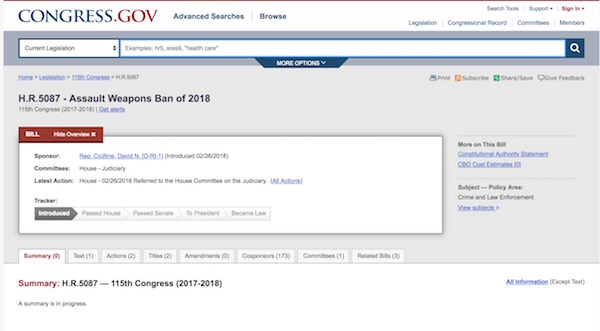 Like everything else the Left has been doing for as long as I can remember, they hide their true intention behind pretty words designed to elicit an emotional response.

Do you think they spelled out ‘Dreamers’ by accident? Or because they were trying to use your own emotions to tilt the argument in their own favor.

This is more of the same crap. Like everything else they do, the devil is in the details.

The full text is here.

Here are a couple of screenshots to give you a sense of the larger document. The bill is too long to fit here in its entirety.

Notice we’re not just talking about ‘scary black sporting rifles’ anymore. They really are looking to outlaw damn near EVERYTHING. 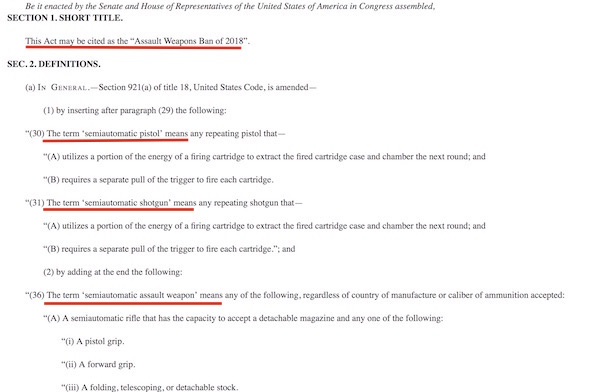 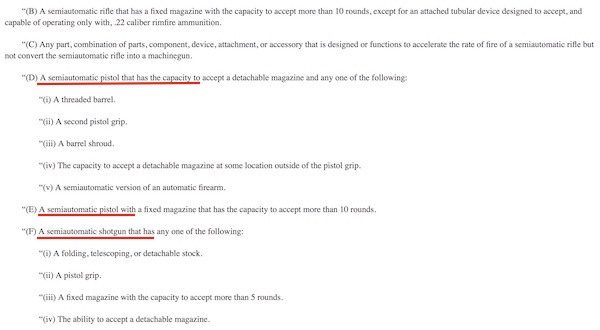 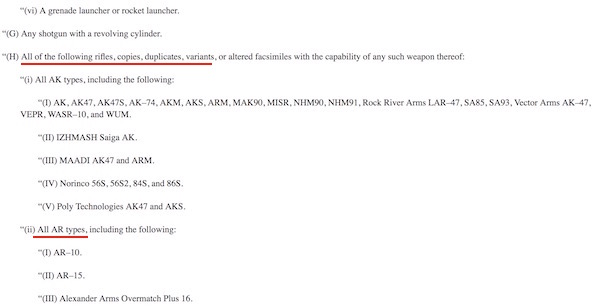 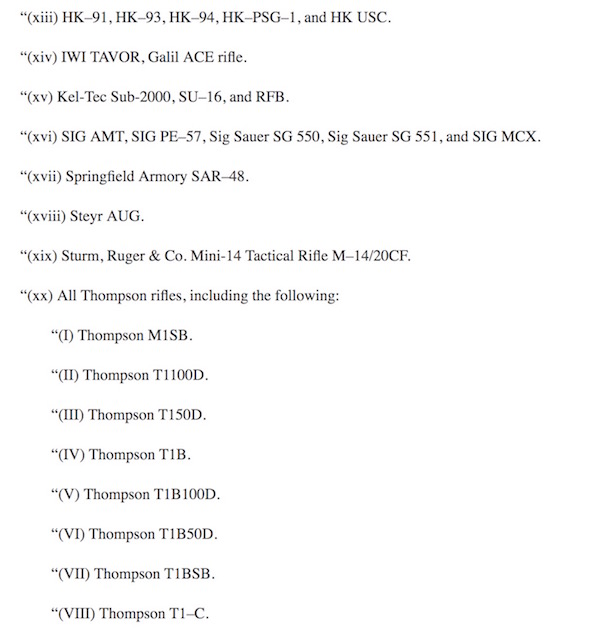 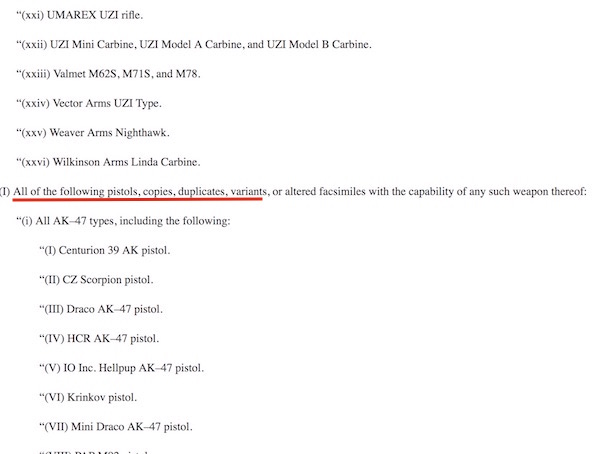 What is the real point of this gun ban?