David Hogg is the Parkland student-turned-activist that was upset about Laura Ingraham repeating what he told TMZ.

Ingraham’s advertisers are bailing on her after her tweet about Hogg not being accepted into 4 colleges which he spoke to TMZ about.

But he’s fine dishing it out.

He’s even said that the NRA members are ‘pathetic f*ckers’ that could have ‘blood of children on their faces’ and they’d still want to make money from selling guns.

Yes, he is indeed an ignorant little wuss that is pushing an agenda.

He’s getting accolades from the Left: (LANGUAGE WARNING)

But God help you if you criticize him.

Or call him an ignorant little wuss.

Here’s Little Davey with all his activism: 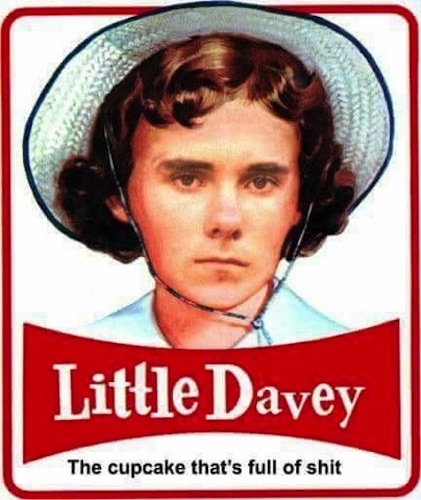 He says he doesn’t want to take away your guns, just enact ‘common sense gun control’ that means taking away guns, ok? 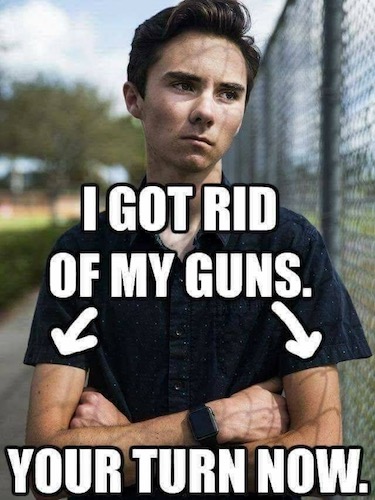 This dude is making a difference: 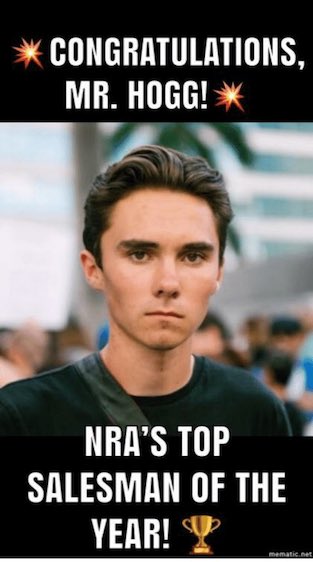 He’s upset that when the Parkland students return to school they all have to use clear backpacks which infringes on his rights or something: 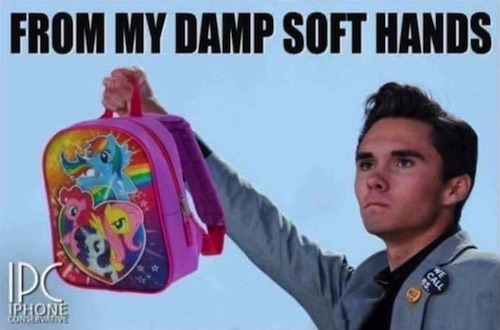 And what the future has in store: 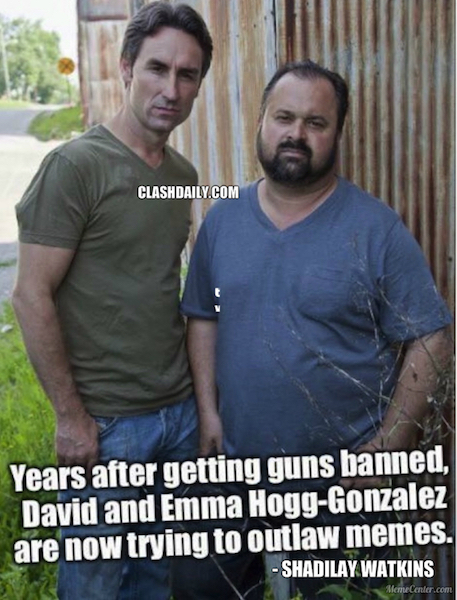 Just don’t cross him, or else… 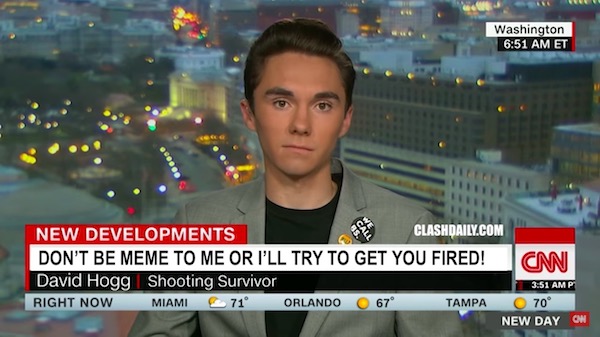 You know, I’d be willing to take this kid seriously if he’d actually learn a thing or two about the other side.

That’s what I teach my kids to do.

My 17-year old son could wipe the floor with this nutter in a debate on guns any day of the week.

That’s because my kid knows the difference between background checks and gun control but David Hogg doesn’t seem to.