How well do these pics square with those claims of having shot down so many American missiles?

Whatever your opinion on what the ideal response should have been to Syria’s use of chemical warfare, a decision was made to strike against those assets which make such attacks possible.

A problem we were assured ‘had been dealt with’ reared it’s ugly head yet again.

All of the chemical weapons declared by the Syrian regime have been destroyed, according to the Organisation for the Prohibition of Chemical Weapons.

“This process closes an important chapter in the elimination of Syria’s chemical weapon programme as we continue efforts to clarify Syria’s declaration and address ongoing use of toxic chemicals as weapons in that country,” Ambassador Ahmet Üzümcü, the director-general of the OPCW, said Tuesday.
A deal to remove chemical weapons from the war-torn nation was struck in 2013, after video footage appeared to bolster claims by opposition forces that Bashar al-Assad’s regime used chemical weapons in an attack on civilians.
Source: CNN

But they have chemical weapons, either again, or still. How is this possible?

Well, a cynic might point out that Syria is a client state of Iran, and Iran has close ties to Hezbollah, which — due to intentional non-enforcement of US agencies while trying to negotiate that now-infamous deal with Iran — went from being merely a terrorist organization to a fully-fledged criminal syndicate. They sell, among other things, chemical weapons.

But here we are dealing with the chemical weapons use.

Trump’s coalition was trying to thread the needle. Stop short of throwing an already unstable region into further chaos by overthrowing (another) world leader, while sending a clear message to anyone who thinks we’ll sit back and ignore the normalization of chemical weapon attacks.

Here are some before and after pics of the targets we hit. 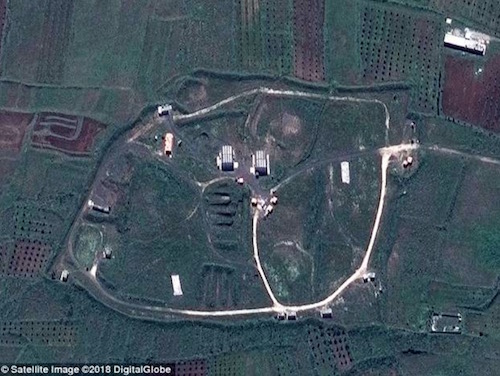 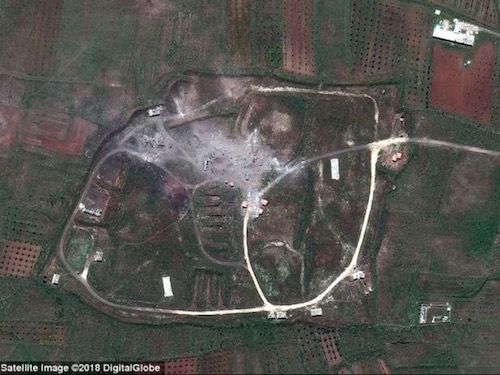 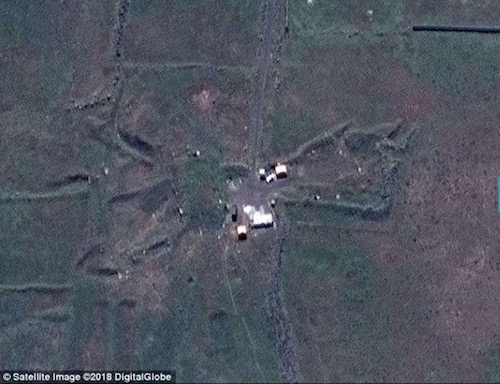 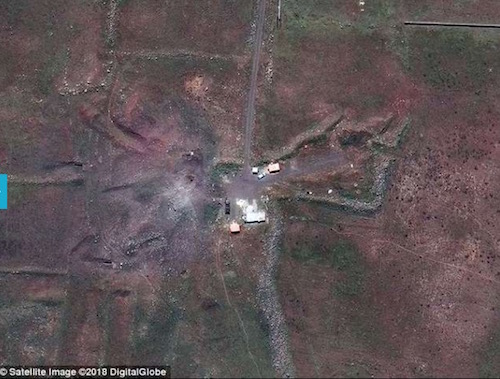 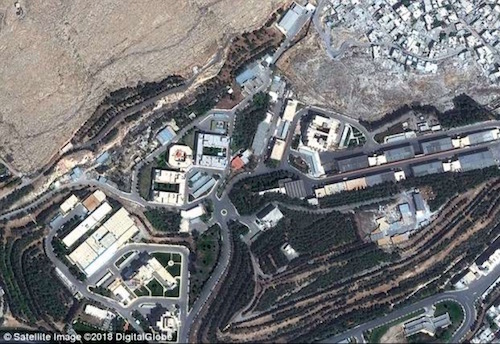 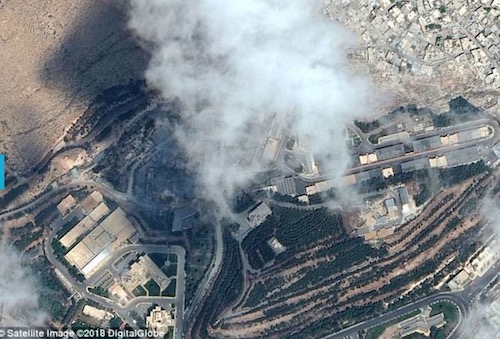 How well does this evidence square with what both sides are saying about the attack.

He said Syria had launched 40 surface-to-air missiles in an attempt to shoot the allied weapons down, but that most of them had been fired after the last Syrian target had already been destroyed.
Source: Telegraph