Sorry kids, looks like mom and dad are right. Put down the damn phone… it’s science.

This shouldn’t surprise us. Social media was deliberately designed to trigger the same parts of the mind that drive addiction.

So wouldn’t it simply make sense that taking a break would be a good idea? Studies are backing that theory up.

Only it’s all the posts on your Social Media feeds? 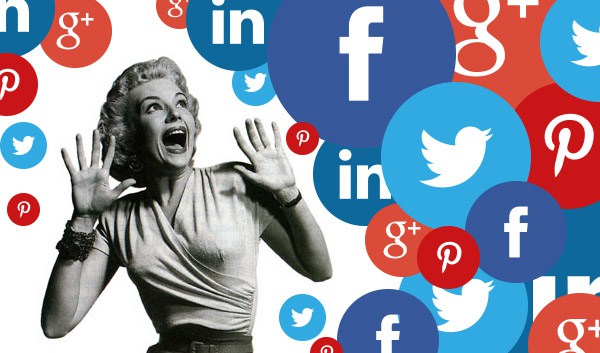 It’s not just you. That was what a social media study suggested, too.

Researchers in Australia asked 138 participants to give up Facebook for five days or continue to use Facebook as normal. General well-being and salivary cortisol were measured before and after the test period.

“Relative to those in the Facebook Normal condition, those in the No Facebook condition experienced lower levels of cortisol” after avoiding Facebook, according to the study.

“Our results suggest that the typical Facebook user may occasionally find the large amount of social information available taxing, and Facebook vacations could ameliorate this stress—at least in the short-term,” the authors state.
Source: Paul Joseph Watson

Is having elevated Cortisol a problem? Here’s what the Mayo Clinic had to say about it:

The long-term activation of the stress-response system — and the subsequent overexposure to cortisol and other stress hormones — can disrupt almost all your body’s processes. This puts you at increased risk of numerous health problems, including:

Hang on a minute. They’ve built a product to intentionally be addictive. And now were connecting that addiction to health consequences?

Where have we heard this song before?

It sounds a little reminiscent of the Oxycotin cases:

A judge’s decision to block a $20 million lawsuit settlement has been applauded — by one of the plaintiffs in line for the payout.
…
“Purdue Pharma knew this drug was addictive, and they blatantly told people that it was not,” he told The Current’s Anna Maria Tremonti.

“They were basically lying to the doctors.”
Source: CBC

The judge ruled that the settlement would not be properly scaled for damages in light of the willful lying.

And it sounds VERY reminiscent of another case. Oh yes, that’s it. Big Tobacco.

We all know how that ended.

The Social Media Giants might want to ask themselves whether turning half the country against them is really in their long-term best interests… especially if they might want to benefit from the help of public opinion sometime in the future.