Stormy and James actually have a lot in common.

They have both attacked President Trump’s character with regard to fidelity.

[Editor’s Note: FYI, I like and support President Trump. But let’s just all face the fact that his behavior with regard to women was a ‘known variable’ for a loooong time. The guy has been in the public eye for 40 years. We watched him divorce and remarry, lather, rinse, repeat. His behavior with women was not a surprise to anyone. Besides, he’s not the only great leader to make some questionable mistakes when it comes to the ladies. *cough* King David *cough* And you know what, like many Americans, I don’t really care. Besides, I thought the left was all about ‘moving forward’ and not getting all ‘judgy’ with people over their past. Don’t we need to acknowledge that someone could change in 12 years?]

Neither Stormy nor Comey got what they wanted from President Trump. Stormy didn’t get her 15-minutes of fame on The Apprentice, and Comey wasn’t able to continue to destroy the reputation of the FBI while seeing himself all over the Media (D).

Comey made notes about his meetings with President Trump, Stormy alleges that she has a recording of her fling with the President.

They are both using their anti-Trump story for profit.

So, since they’re so alike, why not just mash them together?

Then CNN could just cover Comey Daniels and that would be their entire news day. 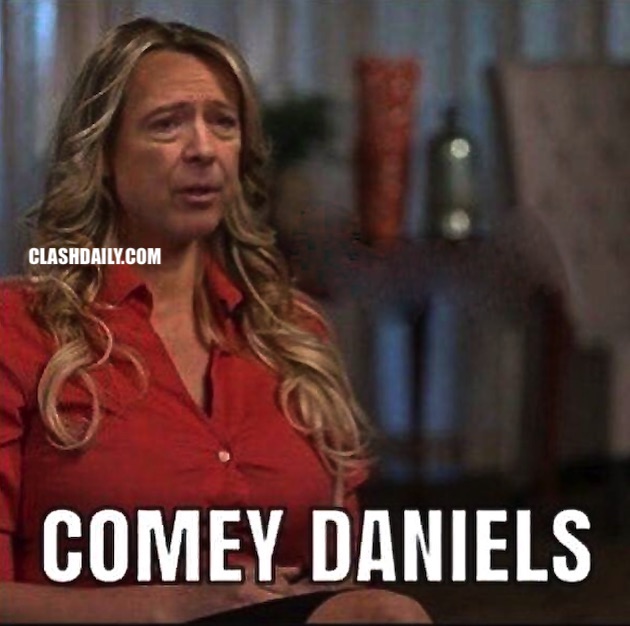 Of course, that would be horrific for the 4 people that still watch CNN.