Just how ‘independent’ are those major news networks if we’re seeing trends like this?

Yes, they are all pulling from the same reporting pools. We know that.

Yes, the 24-hour news cycle imposes a ‘rush to be first’ in reporting any news, especially something like this.

But one sharp-eyed Twitter user picked up on just how similar these reports happened to be.

You might think with a story like that, about an action that potentially violated rights to lawyer-client privilege would have some nuance or variety to the manner in which it was reported. 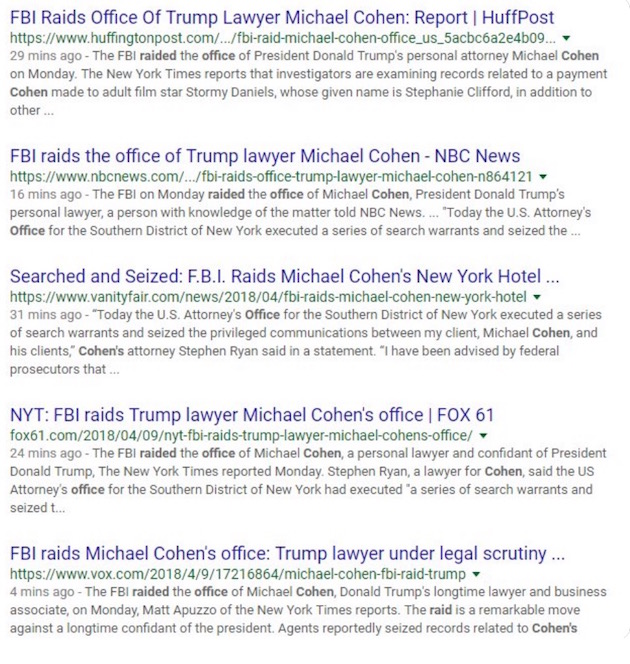 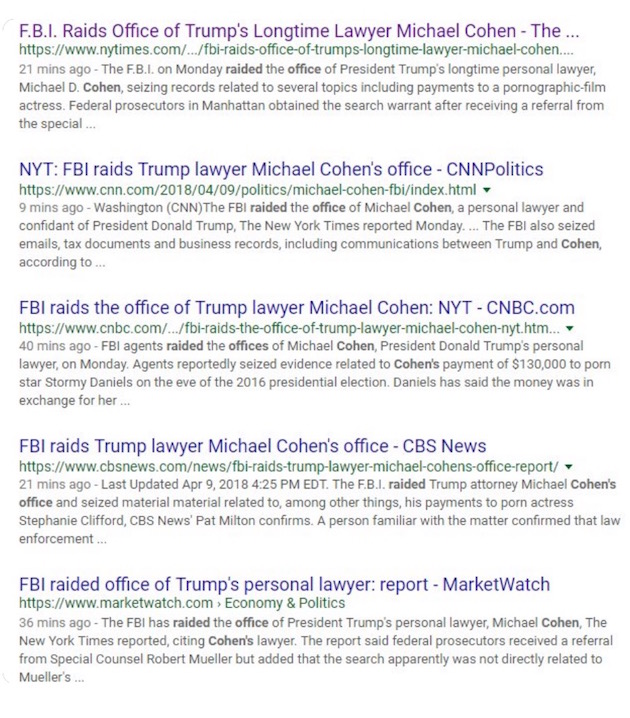 Not much difference in how these are reported, is there? Not even in light of this little wrinkle?

Not even though he was the President’s PERSONAL lawyer, and attorney-client privilege is in play?

And ordinary attorney-client privilege doesn’t even begin to consider any Presidential ‘Executive Privilege’ that may or may not be relevant to the contents of the lawyer’s records.

But they all told the same story. At about the same time.