If it saves only one life? Not so fast. More like ‘never let a serious crisis go to waste’.

Even before families had time to lay the victims of the Sandy Hook shooting to rest, Obama’s flunkies were already working on their political spin.

To borrow the phrase that helped torpedo Piers Morgan’s CNN show… they were standing on the graves of the victims. 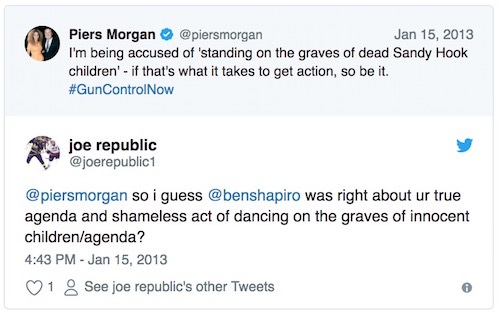 Remember Rahm Emanuel? Chicago’s mayor was Obama’s chief of staff. He had an interesting conversation with the former U.S Department of Education Secretary Arne Duncan discussing how to leverage this to maximum effect.

A FOIA request showed us just how Machiavellian their supposed ‘compassion’ really was.

Duncan asked the Chicago mayor, “What are your thoughts?”

“When I did brady bill and assault weapons for clinton we always made it simple. Criminals or war weapons,” Emanuel said in the email to Duncan.

“Cop killer maybe,” Emanuel responded. “The other no.”

The exchange ended when Duncan concluded with, “Got it.”

Two days after the Sandy Hook massacre, the former education secretary and the sitting mayor of Chicago were already discussing a national strategy.
Source: Baltimore Post

Do you still buy that teary-eyed compassion NOW? 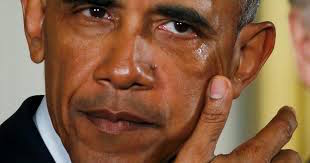 Or was that just part of the show, too?

Is there any wonder we got such strong response when we posted this article about the Parkland Florida shooting?

Has Anyone Else Noticed Something Sketchy About How Quickly This Crisis Became a ‘Movement’?

Get the feeling we’re all being ‘played’?

You’re not the only one.