Somebody forward this to those wizards of Parkland High. Maybe they can answer why making another rule didn’t solve the problem.

Before that moron shot up Vegas, nobody even knew what a bump stock was. As of October, everyone was suddenly an expert and demanded legislators ‘do something’.

Pressure was put on legislators to put forward some ‘common sense gun control’ — that’s the phrase they always couch their terms in when they come to erode your rights, in case you haven’t noticed.

Build into the name how ‘reasonable’ and ‘widely accepted’ they are, and suddenly the burden of proof is put on the person whose rights are being stripped away… not the person trying to erode them.

There’s a fatal flaw in their logic… 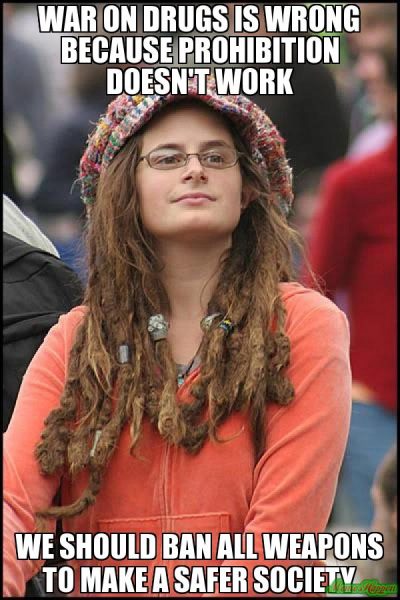 How do we know it doesn’t work in this case?

Because they tried to make it work… and it failed spectacularly.

It didn’t fail ‘a little bit’. It failed SPECTACULARLY.

It wound up with Zero Percent compliance.

Denver Police police last month invited city residents to turn in any bump stocks in their possession but Denverite reports that none have been handed over.

The ban on bump stocks approved by the city council in January was considered largely symbolic. Denver had previously banned the types of semi-automatic rifles that can be modified with bump stocks.
[…]
The council also made it illegal in most situations to possess magazines that hold more than 15 rounds of ammunition.
Fines under the new Denver law could be as much as $1,000 and up to 180 days in jail.
Source: KDVR

The article also said that the laws were ‘largely symbolic’.

So… why even pass them, then? Oh, that’s right. They’ve got to pay thier dues and virtue signal how ‘progressive’ they are.

Do you really think that the good citizens of Denver are unusually rebellious?

Not so much. Have a look at the results in some other, VERY blue states…

There was some discussion of [banning bump stocks] at a federal level, but like every other potential gun control measure, it ended up going nowhere. Instead, a few States have decided to ban them on their own. New Jersey and Massachusetts are among them, banning bump stock purchases, and requiring all outstanding bump stocks to be turned in. The gun accessory isn’t all too common, and there are only 8,500 bump stocks in Massachusetts, and 5,600 in New Jersey.

The problem for regulators is that there isn’t a record of who owns them, so they’ve had to rely on citizens voluntarily turning in their bump stocks to comply with the law. Massachusetts and New Jersey are both heavily liberals States, and yet virtually nobody turned in their bump stocks. Only three people did in Massachusetts, while a total of zero did in New Jersey.
Source: ThePoliticalInsider