One errant tweet intended to hammer Trump lit up Twitter, because it accidentally said more about the ‘other’ guy than it did about Trump.

Shaun King is one of the few people that still has the tweet up: (apparently, he didn’t learn his lesson yet about researching first. Doxxing that innocent cop wasn’t enough to drive the lesson home.) 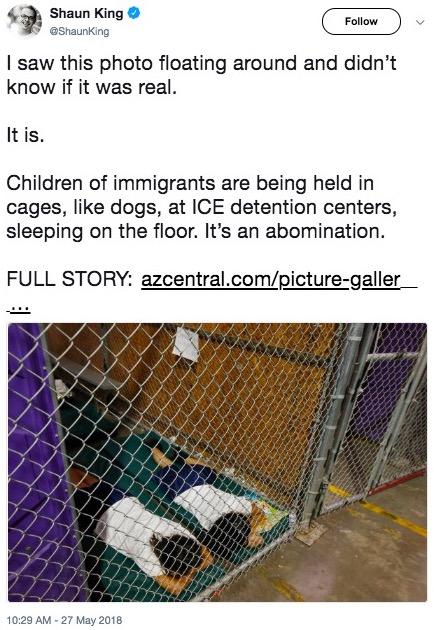 You’d think that Jon Favreau, former Director of Speechwriting for Obama, and host of the Leftist ‘Pod Save America’ podcast would check the freaking date on the article he was sharing. 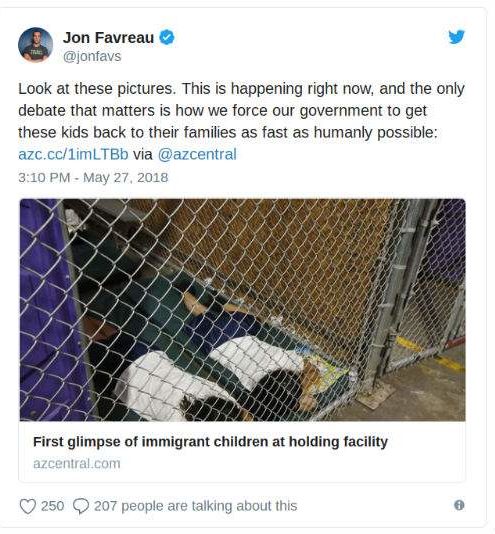 He was an Obama speechwriter, and professional leftist. So it’s good to question his claims.

Notice he said it was ‘happening right now’.

Clearly, it’s URGENT. We need to DOOOOOO SOMETHING.

After all, children, or possibly toddlers being held in something resembling a kennel is not a good look.

We need a Fact Check in Aisle Three! Can we get a fact check?

Democrats mistakenly tweet 2014 pictures from Obama’s term showing children from the Border in steel cages. They thought it was recent pictures in order to make us look bad, but backfires. Dems must agree to Wall and new Border Protection for good of country…Bipartisan Bill!

Thank, you Mr. Favreau for the reminder to turn our attention back to the wall we haven’t gotten around to building yet.

Of course, this also means that a recent anti-Trump hit piece from the ‘respected publication’ the New Yorker also boomeranged on their beloved Obama. 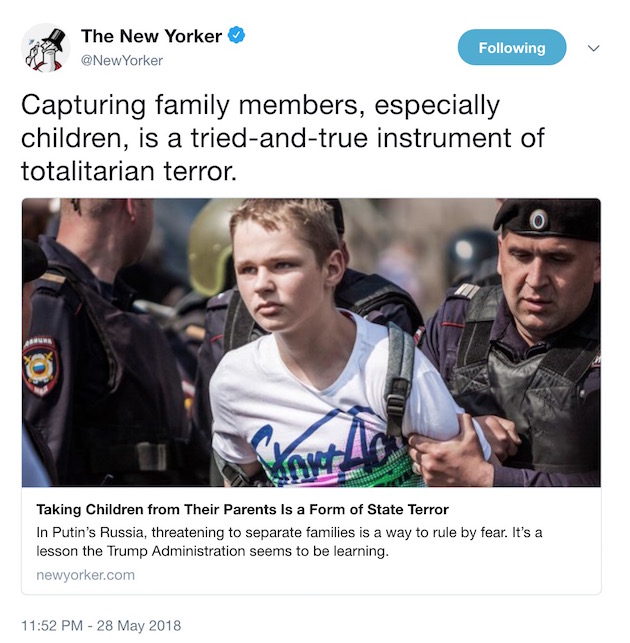 The New Yorker must think Barack Obama is ALSO a Putin-esque totalitarian terrorist.

After all– respected establishments like theirs wouldn’t be ‘selectively’ criticizing political leaders, would they? Such a practice is the realm of either partisans or political hacks.

Why didn’t all these photos of kids in cages outrage liberals when they were actually taken in 2014 when Obama was President?

That’s a really good question. Don’t expect the “free” press to answer it, though. They all seem contractually bound to kiss Democrat ass. That’s why we call them Media (D).

Here’s a look at his ‘apology’. 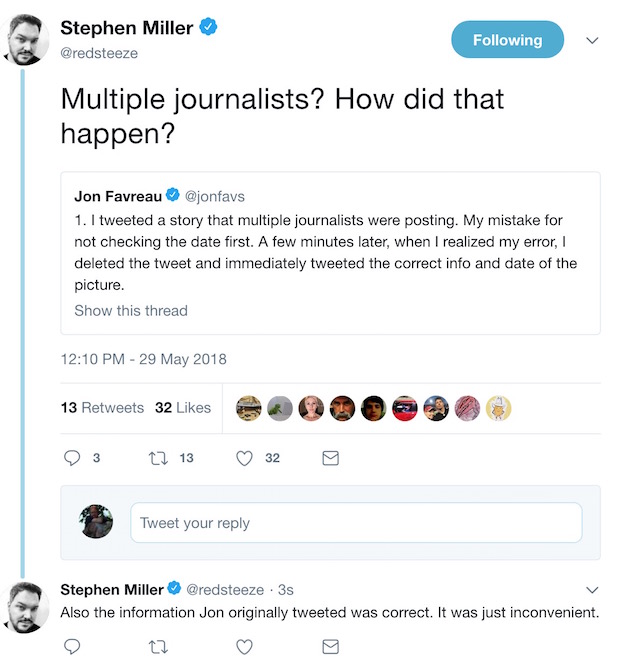 Gorka had some fun at his expense:

Will you be posting any more pictures today of @BarackObama’s cruelty and corruption?

Asking for someone who knew Ambassador Chris Stevens. pic.twitter.com/B1pEdM1V76

Obama’s old speechwriter thought he was getting a free hit in for #TeamResistance… he had no idea that he was throwing boomerangs until after the damage was done.

Does anybody know why Obama’s administration was so mean that they would do those awful things to children? The media assures us that Democrats are all sweetness and light.

If the media was lying about that… what ELSE might they be lying about?