Maybe this is the REAL reason the media attack dogs were unleashed against Kanye.

The Media(D) was afraid of losing a dependable power base.

After all, when people are free-thinking, they need to be persuaded one by one, rather than treated as an ‘interest group’ that can be bullied or bought.

Trump’s approval numbers got a big bump. But before we see numbers, let’s look back.

Long before the Media (D) and convinced so many viewers that Trump was evil incarnate — meaning, before he threw his hat in the ring, and added an (R) to his name — Trump enjoyed a very different reputation among those who enjoyed hip-hop and rap culture.

Trump was iconic. He was ‘ballin’. He had big money, a big swagger, he lived lavishly, he did as he pleased, and didn’t ask permission from anybody.

That’s pretty much a description of the idealized hip-hop culture. Which is why Trump’s name so often showed up in the music… as someone they were identifying with. They LOVED him. 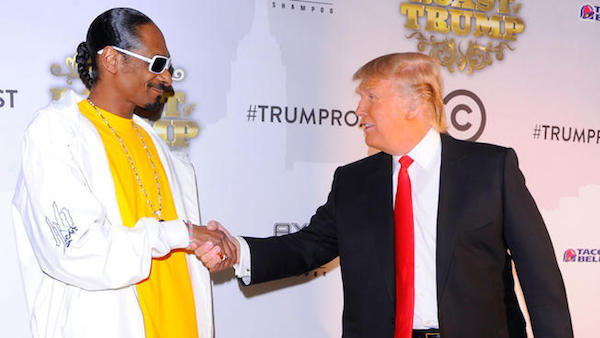 Until Trump took that famous trip down the escalator, and everything changed. Suddenly, he’s the enemy. And ‘racist’, etcetera, etcetera.

(Notice that never came up BEFORE the escalator ride.)

And then Kanye played a wildcard that nobody — NOBODY — saw coming.

He wore a MAGA hat, and said that people are free to make up their own minds politically.

It was like pulling the curtain back on the Wizard of Oz. Suddenly, it’s ‘OK’ not to be a Democrat when you’re black.

If you’ve not been paying attention, that’s kind of a big deal. There are all sorts of racist names meaning ‘sellout’ someone with dark skin gets called if they dare oppose the Democrats, or worse — support Republicans. 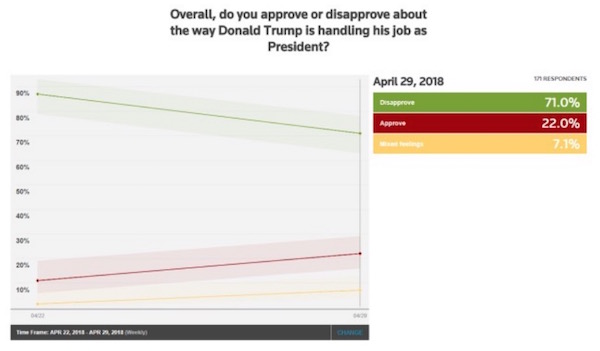 Before Kanye’s support for Trump became one of the biggest news stories of the year so far, Trump’s approval rating stood at just 11 per cent amongst African-American males.

According to Reuters, on April 29, a week in to the Kanye controversy, that figure shot up to 22 per cent.

Will the trend hold?

Will voters step out of their proverbial ‘Plato’s cave’ to realize there is more to life and politics than a few newsies, celebrities and left-leaning politicians have told them?

It’s a little soon to say for sure. But we’re all for free thinking. Anything that encourages us to act and think as free individuals, rather than an easily-controlled herd can only be good for the country.