When the brother of your ‘princess’ says ‘run Forrest Run’ maybe it’s not the storybook wedding you were hoping for.

Not long before the latest royal wedding, the bride’s half-brother is giving a written warning ‘don’t do it!’

He’s a half-brother, and he’s estranged. So it’s possible this is sour grapes.

But if he’s speaking the truth, Prince Harry is signing up for a Royal pain in the ass.

“As more time passes to your royal wedding, it became very clear that this is the biggest mistake in royal wedding history,” Tom warns. “Meghan Markle is obviously not the right woman for you.” he also adds that she is a “jaded, shallow, conceited woman that will make a joke of you and the royal family heritage.”

Not to mention, to top it all off, she doesn’t invite her own family and instead invites complete strangers to the wedding. Who does that?” he asks. “You and the royal family should put an end to this fake fairytale wedding before it’s too late.” Tom concludes his letter with, “Also you would think that a royal wedding would bring a torn family closer together, but I guess we are all distant family to Meg.”
Source: In Touch

The letter itself (from the same InTouch article) 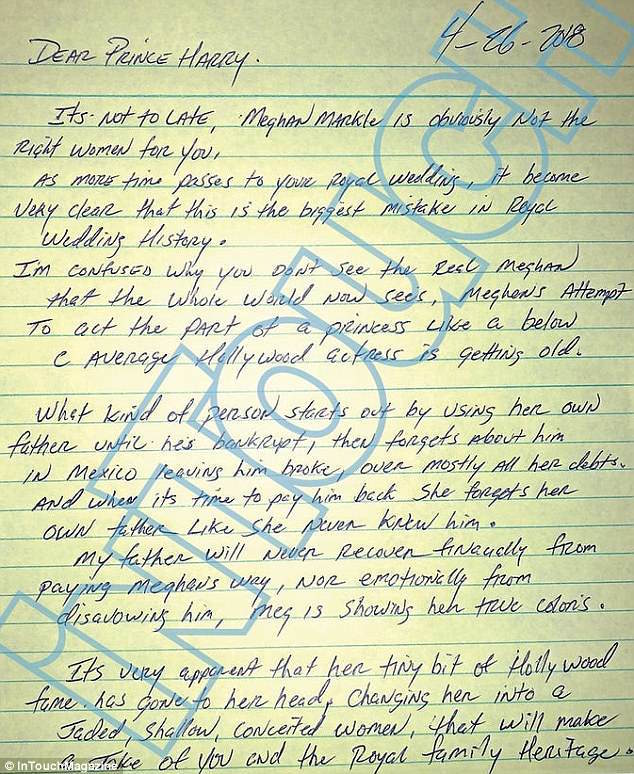 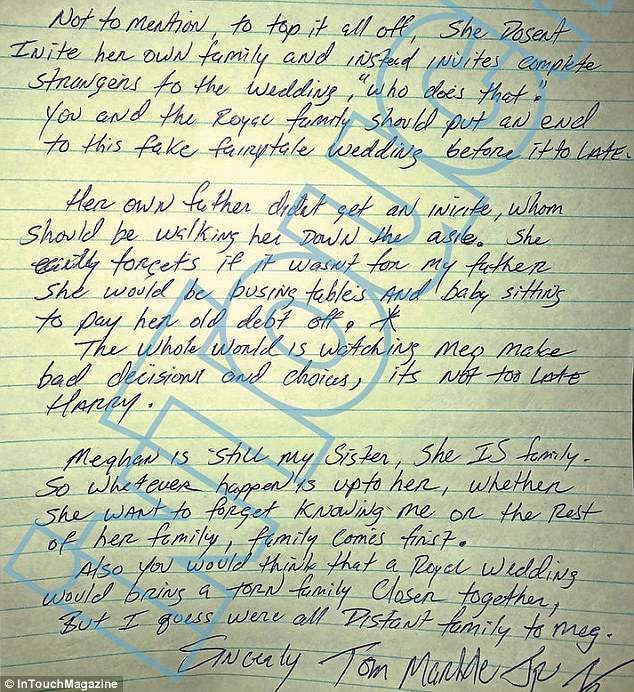 Even her own father isn’t invited? Unless there’s one HELL of a reason behind that, you should be seeing red flags.

Maybe this headline was another sign worth paying attention to:
Prince Harry ‘will duck out of traditional royal Boxing Day shoot to make sure he doesn’t upset Meghan’

Think he’ll heed the warning? Probably not… judging by that hunting trip he skipped out on for the first time in his adult life, he’s already got his ‘pair’ in a lockbox.

Do you think he’ll regret NOT heeding the warning?