Are you ready for yet another publicity stunt that makes a big splash but literally changes nothing?

Because Hogg isn’t going away.

Long day of lobbying ahead ????

He’s off and running with his next piece of performance art — er, ‘protesting’.

I will be spray painting my cap for graduation orange to show my support of common sense gun laws, feel free me to join if you want. #OrangeCaps

Are you really sure that THIS is the look you want for that grad cap, David? 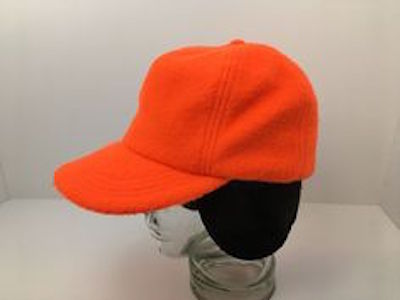 Did he think this through for more than the 15 seconds you it took to tweet it? 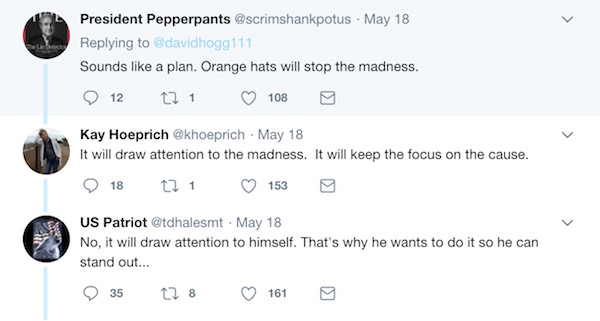 And we have a winner!

What other reaction did it get?

Let’s be honest. He wants all guns banned. Only the government should have guns.

That plan worked out so well in the Warsaw Ghettos, and all kinds of other tyrannical regimes (you can now add Venezuela and their bogus election of a guy with 75% disapproval to that list).

Isn’t this the same party who just finished 8 years of telling us that the police were corrupt, racist, and untrustworthy?

THESE are the people now arguing for a government monopoly on firearms?

He wants the commencement ceremony to be the time and place, not where you celebrate your achievements in school, and look forward to that next chapter in your life.

That just won’t do. It should be a time for ‘protest’ and virtue signaling.

Will it change a single thing? Save a single life?

Of course not. But, like the tweet said, it will make a show — a public display of which team you’re on. And in case you haven’t noticed, that is THE big idea on the Left lately.

Would you prefer Hogg Shut Up Or Keeps Talking?