There was a time that would have been a totally unfair question. But politics have changed a lot in the last few decades.

Increasingly, the political class on the left, in their quest for aligning with their globalist allies (like Soros and others) have taken positions that are contrary even to their own past statements.

We got a good look at that in the last State of the Union Address, remember?

Even moments that ought to have been unifying, and celebrating America generally were moments that Pelosi looked like she was going to swallow her teeth, and everyone on the Left was careful to sit on their hands for the entire speech.

Record levels of employment among women and minorities? Stone silence.

The story about the Korean man who made it to freedom? Nothing.

Standing for the Anthem? They didn’t DARE agree with him on that one.

Defeating ISIS? No? Not even there?

Surely they would take a moment and honor the parents of two teenage black girls from New York who were bludgeoned to death by MS-13?

Not a word. And those parents noticed.

WATCH: Father of Girl Killed By MS-13 Gang Destroys The Dems For Their Disrespect at SOTU

So what DO Pelosi and Co. get excited about?

You know those same gang members that murdered those fifteen and sixteen year old girls who were doing nothing more than walking home after dark? The gang whose slogan is reportedly “rape, control, kill”?

The left got worked up about Trump calling people that use knives rather than guns because the victims suffer longer ‘animals’.

No wonder their critics came back with responses like this: 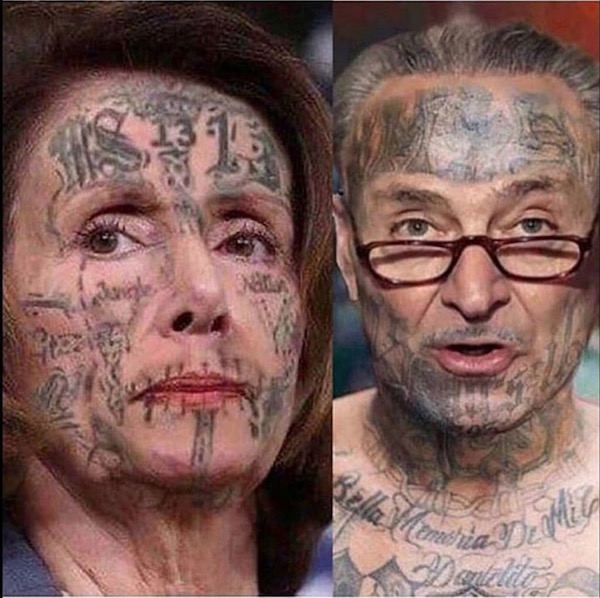 They back ‘sanctuary cities’ despite the cries of their own citizens for the rule of law to be obeyed and enforced.

They shed tears for Palestinian ‘protesters’ despite proof that Hamas is financially incentivizing them to be shot and killed by Israelis… while denouncing ‘evil’ Israel.

They defend the Iran Deal, despite how it Iran has destabilized the region and waged proxy wars among its neighbors.

Even saying ‘rule of law’ is now offensive to some of these people.

It really is becoming either-or.

After all, they’re supporting a Mueller witch-hunt that is increasingly shown to be founded on lawless actions taken by the previous administration, and Mueller’s investigation itself is unconstitutional.

The Bernie-bros who want to Make America Venezuela…And the blue-hair-brigade ‘intersectional feminists’ who want to burn down instutions wholesale, and replace them with, what, feelings (?)… are the ones really steering the Democrat Party.

Will they ever come back to supporting what used to be called ‘Traditional American Values’?

They would need a serious course correction before we could have two parties who could both look at the flag with the same respect again.

So Until then, as the Midterm elections rise on the horizon, we ask you:

Are You An American or a Democrat?