This is the kind of thing that happens when you suffer from Trump Derangement Syndrome (TDS) for an extended period of time.

In the wake of the recent judge’s ruling that says that President Trump cannot block other accounts because his Twitter feed is a ‘public forum’, President MAGA unblocked several of the accounts that he had previously blocked.

Somehow he neglected to unblock Rosie.

Rosie tweeted out a demand to be unblocked at what she thought was President Trump.

Something is definitely wrong with Rosie. (But then we already knew that.)

In case of deletion, here is a photo of the tweet. 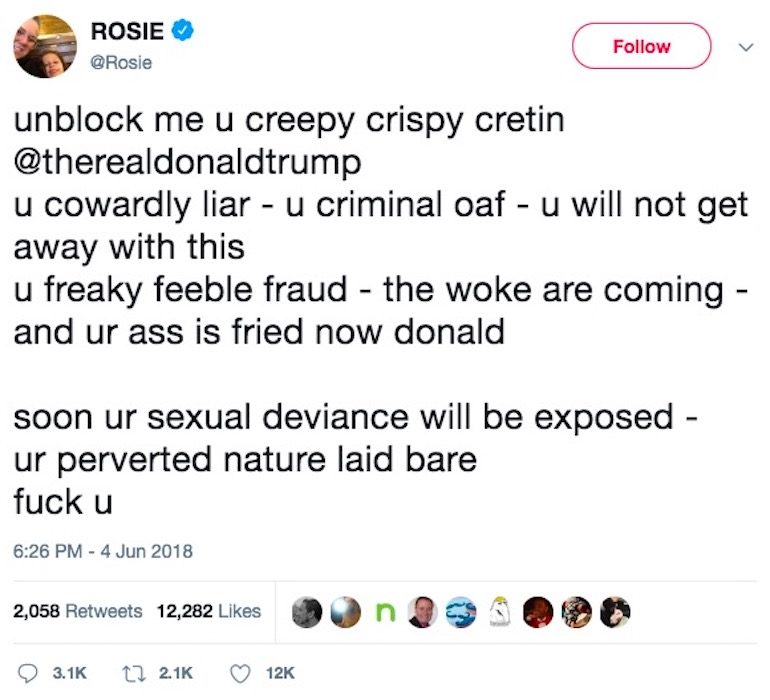 The woke are coming.

Yep. They sure are. The nutty leftists that demand we all move back into tribes instead of treating people as individuals.

And they are indeed frightening.

Remember she said that she is concerned that she ‘may not survive the Trump presidency’?

That’s not a normal reaction.