Finally, the truth is coming out — but will the Media (D) report it? Don’t hold your breath.

That’s because it would put the great Progressive President Barack Obama in a bad light.

We know that the number of illegal border crossing has been rising for a long time. The left continues to push the no borders B.S. because they say it’s ‘compassionate’ to allow people to boldly defy our immigration law.

President Trump — just like many Americans and law-abiding legal immigrants — has a real problem with those jumping the immigration queue into the Land of the Free.

The left has labeled his immigration policy of enforcing the laws that are already on the books and securing the southern border as ‘racist’.

Recently, the Media (D) was outraged, outraged, I tell you! Because of some photos of children lying down on the floor of what appeared to be a cage. ‘This,’ said the Left, ‘is the result of Trump’s immigration policies! Look at how he rips children away from their parents and cages them like animals.‘

On Saturday, Rep. Henry Cuellar (D-TX) finally admitted that it was all kept hush-hush under Barry’s administration.

Whitfield displayed a 2014 image of migrant children held in cages at a detention center, and Cuellar said that he released similar photos of children separated from their parents.

Cuellar added that the number of children being held at the border right now is similar to the amount during the Obama administration.

“We still see the numbers,” he said, adding that “not all of them are being separated. Some of them are coming alone.”

“Keep in mind that, under the law, you can separate a child if that person — the adult — is not the real parent or the custodian, because sometimes we see situations where they’ll bring a child because they know of the policy that we have over here with children.”

Rep Cuellar then suggested that a zero-tolerance policy on separating children from the adults that they are with could put children at risk with criminals bringing children that are not their own across the border.

At least Rep. Cuellar is admitting that this is ‘business as usual’. We could debate whether or not it’s good or bad policy.

As for listening to the vast majority of Democrats on the issue of separating children from families… well, just remind them of 6-year old Elián González that they ripped out of his family’s home in Miami just so they could send him back to Cuba. 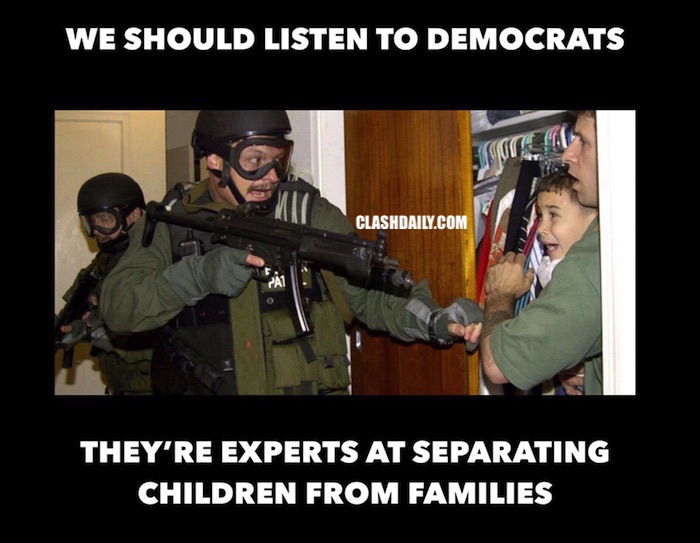 Pronoun Nonsense in the Navy and Beyond
The Black Sphere

Aaron Bean Endorsed by Marco Rubio for Congress
The Floridian