The awkward moment when Hanoi Jane seems the sane one in the family.

Could we let them pick their favorite socialist backwater, and send them both to live there?

He doesn’t much care for America or the Republicans who elected our current leadership in The White House, House, and Senate.

Aside from the obvious psychotic break, or utter moral bankruptcy, it would take to even utter a phrase like the one above… as mentioned here:

Peter Fonda, you promoting violence against a child.

You are not part of the solution, YOU ARE THE PROBLEM!

… there’s ANOTHER problem with that point.

Has he not been told that parents who send these unattended minors put them on birth control so they don’t get pregnant when they get raped?

What kind of an alleged parent knowingly sends their kids across an international border where the price of admission is being raped? (Here’s a story from 2016 about “rape trees” birth control and dead migrants. Don’t worry, that’s all somehow Trump’s fault, too.)

Even the Leftist site VOX called ‘BS’ on the narrative about all those kids being torn from their families when they said:

SURPRISE? Vox writer backs up Kirstjen Nielsen: 'Most of' the kids in detention are unaccompanied minors, not 'forcibly separated' https://t.co/Ctm583Nq6D

Whoops.
To make those numbers more clear, from the article linked above:

“So I want to be clear on a couple of other things,” Nielsen said. “The vast majority, vast, vast majority of children who are in the care of H.H.S. right now — 10,000 of the 12,000 — were sent here alone by their parents. That is when they were separated”

We ‘need’ to frighten and harass school children. No seriously, that’s his plan.

No attempt to persuade or convince — he’s pulling on his jackboots and going straight for it.

We used to call such people ‘bullies’… and society used to despise them. Does that magically change when a Democrat does it? 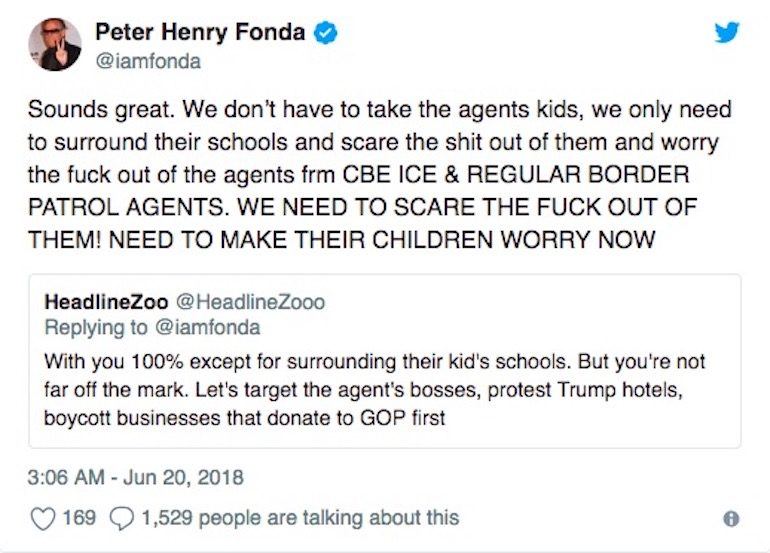 He is proposing a ‘solution’… 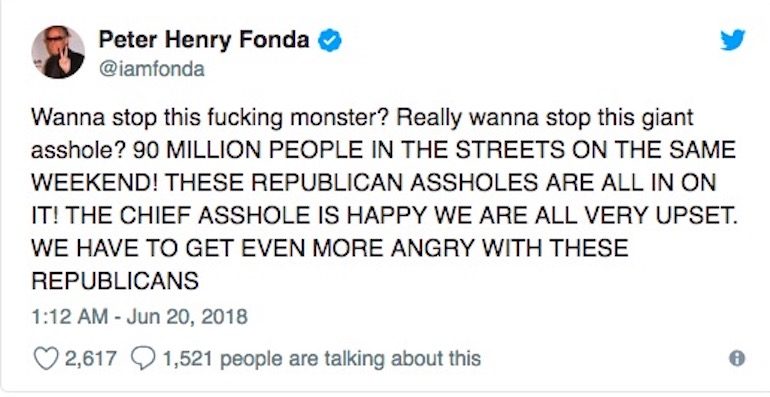 If you really want to know… we’re happy because Trump pumped the breaks on Obama’s ‘Fundamental Transformation’ of America… and has taken a Pro-America stand.

We realize this is not something the brother of Hanoi Jane is likely to understand. 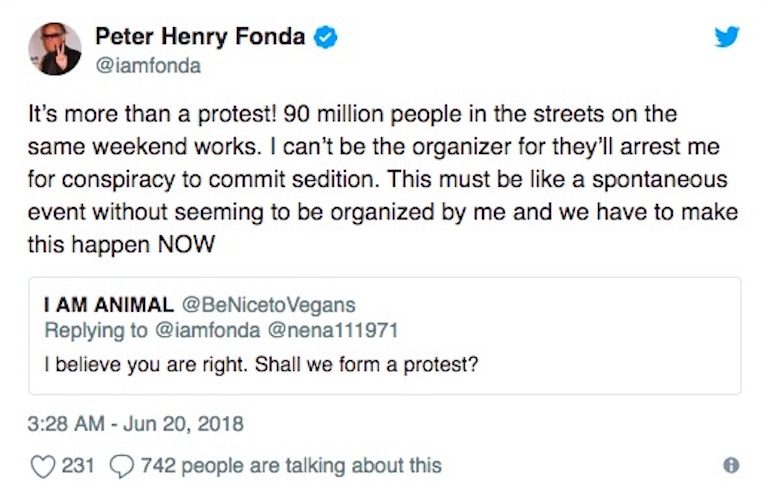 Is that an open admission of Sedition… in his own words?

Even he can’t be THAT stupid… can he?

Gash. Not sure what that means? He’s happy to tell you.

Remember, it’s not misogynistic when a Hollywood gazillionaire says it. After all, he’s got friends in high places. He probably knows people like Weinstein, Polanski, Whedon, Woody Allen, and Spacey. #HollywoodFeminist

Again with the objectification of women! Seriously, give it a rest.

It’s like all the leftist who mock conservatives with gay slurs (that includes Obama and the Teabagger reference) — while calling everyone else ‘homophobic’.

Have you noticed the thread of sex, violence (or both together) that weaves its way through this moronicTweetstorm? 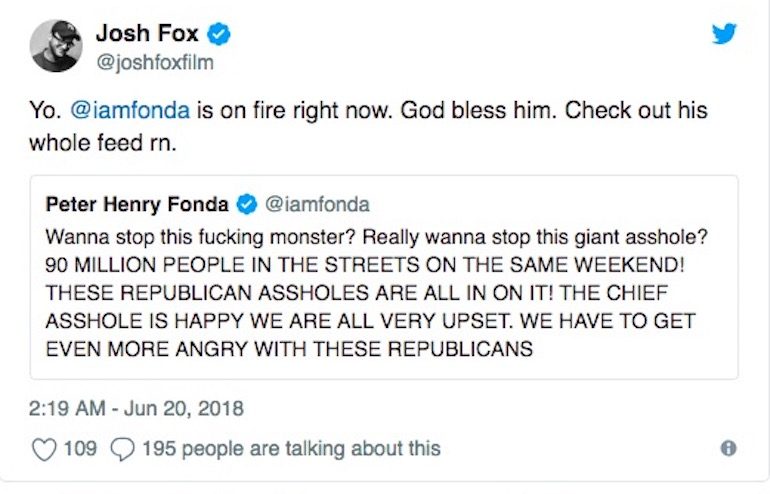 Impotence and rage are a bad combination… no matter HOW famous you used to be.

Maybe he needs a Snickers?