Activists don’t get to have it both ways. Shouting ‘elections have consequences when you’re in power, and demanding Bipartisan cooperation when you’re not.

The same people who were silent when Kermit Gosnel went to trial for the women and babies he killed (snipping necks with scissors) in his ‘practice’ and who had nothing to say when a judge married to a Planned Parenthood activist put a gag order on the undercover videos exposing illegal payments suddenly speaks up … NOW?

Now, on the brink of the political win Culture Warriors have dreamt about for more than three decades, Evangelical women and men of color and their White Evangelical allies are voicing dissent. The only growing segment of the Evangelical church, people of color warn: The conservative Evangelical strategy to dominate the Supreme Court will result in increased abortion rates—particularly in poor communities and communities of color. What’s more, a Conservative majority Court poses an existential threat to the civil rights and protections gained through the Civil Rights movement. Hard data proves it and Evangelicals are saying no:
Source: FreedomRoad

Oh. The conservative majority poses an ‘existential threat to civil rights’, does it?

And our side ‘started’ the culture war, did it? Not the guys who have been ‘Fundamentally Transforming’ America into a Socialist worker’s ‘paradise’ for the last several generations? Nah we’ve just imagined that, right?

Now that we’re set to appoint an originalist Judge who is expected to interpret the law ‘AS WRITTEN’ rather than look into tea leaves, or discuss things like penumbras or eminations, the Die-hard pro-abortion crowd is getting anxious.

And rather than ‘rush ahead’ into confirming this judge — and didn’t Schumer go ‘nuclear’ and do away with the filibuster exactly so that he COULD rush ahead with confirming a controversial judge? — rather than ‘rush ahead’ Evangelicals (or at least, evanjellyfish) are being approached to make peace, and not support the vote of a judge who would support the Constitution as Written.

Let’s flip back — WAY back — to Dubya. Remember then? Dubya crossed the aisle again and again and again. But, strangely, the Democrats somehow did NOT find a way to do the same. The compromising was always on Dubya’s side. In the ‘interest of bipartisanship.’

And what about Obama’s term? Were many ‘moderates’ installed? Or did he prefer to stock the cours with activists who drink deeply of the ‘Progressive’ worldview?

Did Obama seek ‘consensus’ when he pushed through Obamacare without a single Republican vote?

Was there ‘peace’ when he weaponized the government against its citizens? (The IRS for sure, but even the DoJ and CIA appear to have been compromised in their highest ranks.)

Was Obama’s administration appealing to the goodness of our better natures when he sought to deport the Romeike family to whom our OWN courts had granted religious asylum? When Obama sued the nuns?

What about when Obama, as a Senator, voted that ‘born alive’ babies could be killed if they survive an abortion?

Suddenly, they don’t have the levers of power anymore.

The militant Left are on the brink of losing a ‘friendly’ court that had faithfully rammed unpopular ideas down our collective throat — especially ones that the public had voted ‘no’ to through the more conventional means of making decisions. 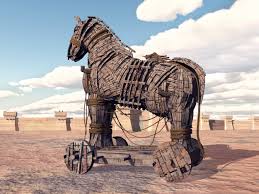 No really, you can trust us!