This Parkland gun control activist is tweeting out a storm because he’s upset about Americans ditching the Dems in November.

Marjory Stoneman Douglas graduate, David Hogg, posted a series of tweets mainly against the #WalkAway campaign, which, in one tweet, he is calling ‘Russian propaganda’ linking to an opinion piece posted on CNN’s website.

Remember this November we need to vote against @Russia https://t.co/okCKzzpzFG

He followed that a few minutes later with his own hashtag, #WalkTogether.

Hogg advocates that Americans put aside those Democrat and Republican labels and just vote Democrat. Otherwise, you’re siding with the NRA and falling victim to Russian propaganda.

Use #WalkTogether to counter this propaganda.

But, if that kind of fear-mongering isn’t good enough, he doubles down:

These Midterms could be the last election of our lifetime. VOTE

Look, we get that the kid is big on gun control because of that horrible shooting in February at his school.

That’s natural after these tragedies.

But he’s been pretty obnoxious about the whole thing.

He’s said that the NRA ‘are pathetic f**kers that want to keep killing children‘ and has demanded that Republican politicians renounce the NRA.

If you look at the Gallup polls, many American people agreed with Hogg back in March.

In July, Gun Control fell from the number one concern of 13 percent of Americans to the main issue for just 2 percent. 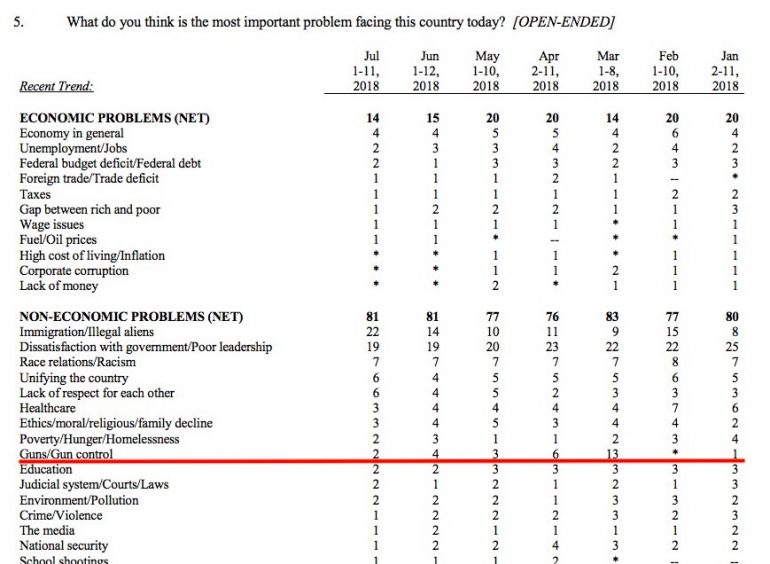 Interestingly, it’s Immigration that has topped the poll with a historically high percentage of respondents citing that as their key concern.

Li’l Davey sides with the ‘No One Is Illegal Crowd’.

So, David Hogg is unhappy with those that vote Republican in November.

Hogg Ain't Happy Americans Are Dumping Democrats - Do You Give A Sh...