If you thought that Trump Derangement Syndrome was specific to Democrats, think again. This guy is supposedly an ‘Independent’.

With the #MeToo movement becoming the norm, is it now OK to imply that ANY married woman is a prostitute, let alone the First Lady?

Would the Congressional candidate for Oregon’s Second District, Mark Roberts (Independent), have any objection to someone using language like his to describe the mother of his two sons? And if not, would he deserve to call himself a man?

MeToo seems to be in full swing, but slanderously slut-shaming non-elected women is perfectly ok, now? Does that not seem a ‘tad’ hypocritical?

In response to a tweet where Charlie Kirk pointed out that Melania doesn’t need a support staff that would rival that of Marie Antionette, as compared to a certain previous FLOTUS, Mark Roberts thought the appropriate response would be to slander Melania. 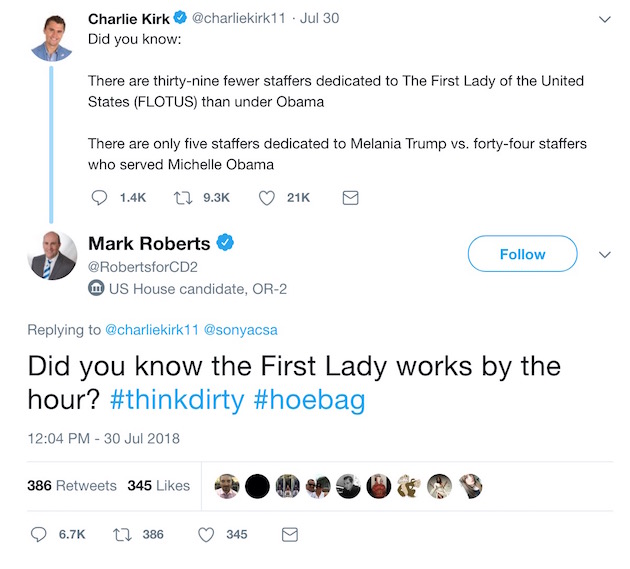 So ‘subtle and clever’ was his ‘joke’ that he added a couple of hashtags just in case anyone didn’t have their minds sufficiently in the gutter to pick up what he was putting down.

Maybe Roberts was the real-life inspiration for a certain fictional TV personality. We’re not positive. But this *could* be a candid photo of Roberts watching Twitter blow up over his stupid tweet: 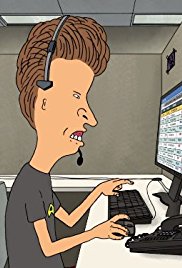 Not that it really matters. He’s a Butthead either way.

This looks like he was trying to follow DeNiro’s footsteps and get free publicity for slagging a Trump. And hitting Melania gets more attention than hitting Trump. 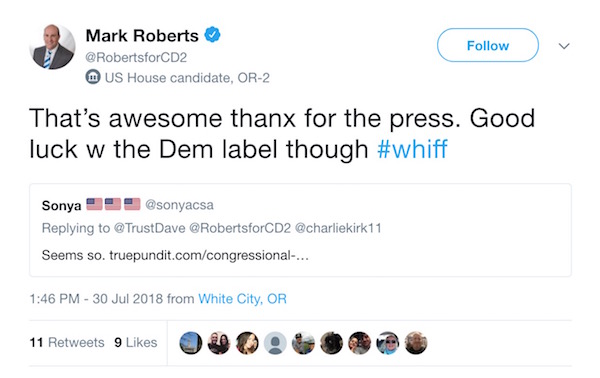 He seems to think that there’s no such thing as bad publicity.

He might want to ask Roseanne whether unpopular tweets are free of consequences. 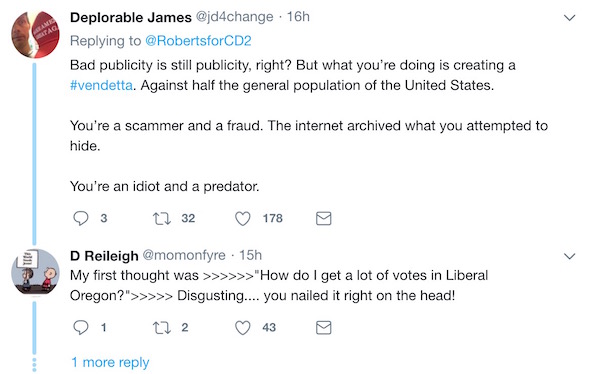 Does this guy REALLY think that stunts like this are proving that he is ‘elected official’ material?

Well, seeing some of the other ‘winners’ we’ve elected to Congress, maybe he does.