The fact that he did the procedure in his apartment might have been a red flag.

What Lilian Calixto, 46 told people she was going to him for was only part of the story.

The Bank Manager and mother of two told people she was going to get an implant as part of menopause treatment. What she didn’t tell people was that she was also getting injections into her buttocks to make them more pronounced. 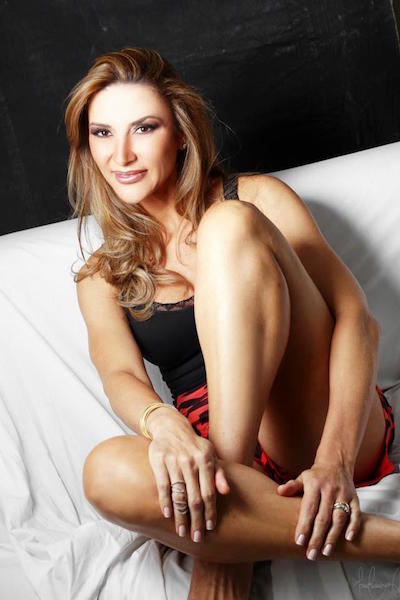 Hours after the procedure, she was dead in a hospital and now the doctor responsible is in hiding.

Dubbed Dr BumBum, Furtado is a famous face on Brazilian TV and has more than 647,000 followers on Instagram.

He claims to have performed more than 8,000 bottom enlargement surgeries, with the rich and famous among his clients.

Soon after receiving the injections at 10pm, she reportedly fell ill and started gasping for air, and her condition quickly deteriorated.

Furtado took her to the local Barra D’Or hospital, where she was admitted at 11pm in an “extremely severe condition, unresponsive to manoeuvres”.

Despite the efforts of hospital staff, she lost her fight for life at 1am the next morning.

According to a source at the hospital, the surgeon inadvertently injected the product into one of Ms Calixto’s arteries, resulting in the formation of a clot that would have ruptured in her heart.

Police yesterday arrested the nurse who assisted in the procedure, as well as Furtado’s girlfriend.

Furtado is considered a fugitive of justice after officers were unable to locate him after a judge issued an arrest warrant for the surgeon.
Source: Sun

The woman heard good things about the procedure from friends who had gotten it themselves. One wonders whether those referrals were enough to dismiss any instinctual ‘red flags’ she may have had.

The nurse and the doctor’s girlfriend got arrested, but this internet hotshot didn’t mind throwing them under the bus.

How tragic that such an obviously beautiful woman died while getting what amounts to an elective cosmetic procedure.

What is responsible for women taking dangerous risks for beauty standards?