In North Korea, the way that State Media speaks about an issue is a clue into the official state opinion. After all, they ARE the propaganda arm of the dictator. In North Korea, the news media tells the public which things they’re supposed to believe.

It’s a little like how the ‘Mainstream Media’ has become the propaganda arm of the Democrat Party. 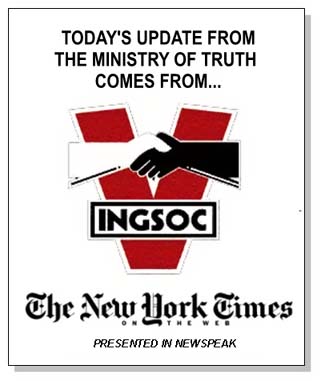 For a long time, any reference to America in North Korean media was very unfriendly. And then the summit happened, and things changed.

“In tone, the US is now depicted as if it is a normal country,” North Korea expert Peter Ward told the BBC. “All references to US actions that North Korea considers hostile acts have disappeared from the papers.” They’ve been replaced by what might be considered neutral coverage, even when the US recently quit the UN Human Rights Council.

“This is fascinating,” Ward continued. “Generally speaking, neutral or positive coverage is normally reserved for countries that Pyongyang has friendly relations with.”

Of course, the new line is also propaganda. And it can be changed back to aggressive hostility just as quickly. But it’s an interesting indication of Pyongyang’s more open attitude toward the West. And it comes after yet another post-summit pilgrimmage by Kim to Beijing.
[emphais added]
Source: HotAir

The propaganda arm in North Korea has ‘lightened up’ on the Trump hate.

How much longer will it be until CNN and MSNBC do the same?

When will American Media finally dial back on the Trump Hate?