You know the saying about whoever laughs last? So does she.

Not long ago, Sarah Huckabee was at the center of a ‘protest’ where she was thrown out of one restaurant and heckled by the owner at the one across the street.

That was then. This is now: 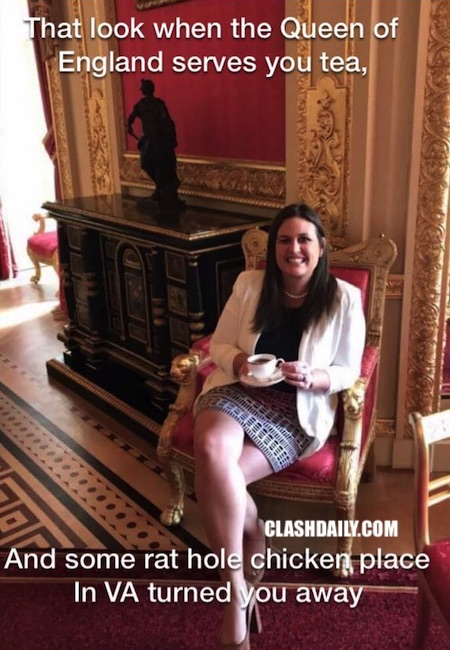 No less than Buckingham Palace welcomed her.