What do the ‘compassionate’ leftists in San Francisco have to say about this?

The leftists have been in control of San Fran for a while and refuse to address the massive homeless issue despite the complaints from tourists and locals.

Sure, they’ve thrown money at it by paying for more shelters, but they haven’t cracked down on the people sitting out and shooting up in public seemingly everywhere.

DailyMail.com’s shocking photos of San Francisco, on Tuesday, capture a city in turmoil; with homeless people passed out on the sidewalks, shooting up in the streets and begging for survival.

The issue has become so dire that Chicago-based organizers of a five-day, semi-annual medical convention, which attracts around 15,000 people and pumps $40 million into the local economy, have announced they are moving the event to Los Angeles.

The post-convention surveys revealed that the members attending the event were afraid to leave their hotel due to the rising number of people on the street, some of whom suffer from serious mental illness and/or are drug users. Last year, one board member was assaulted near Moscone Center.

Here are some photos that were taken by the Daily Mail for their report. 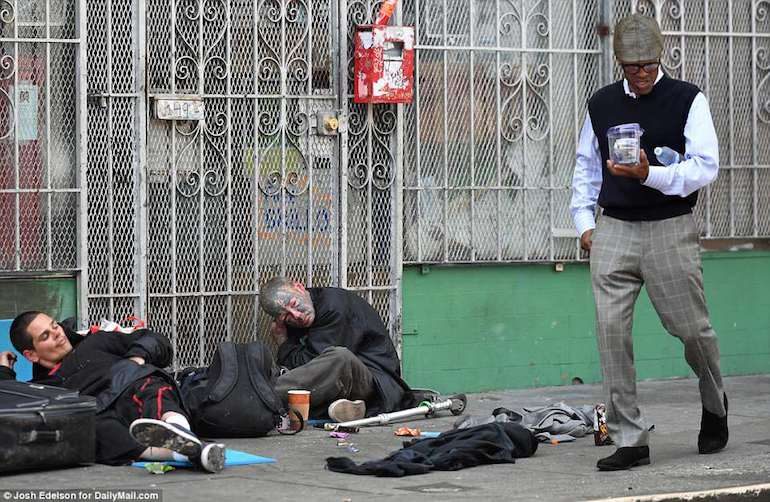 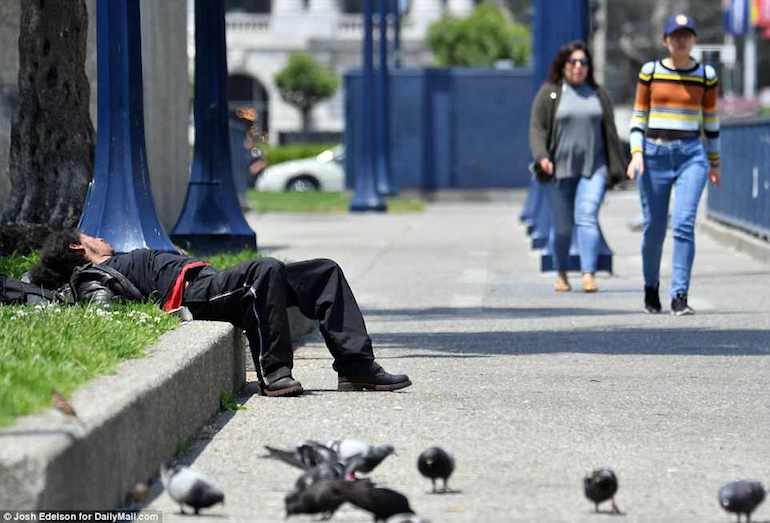 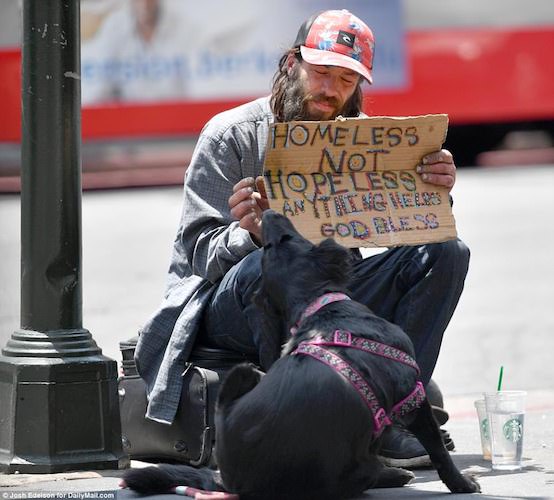 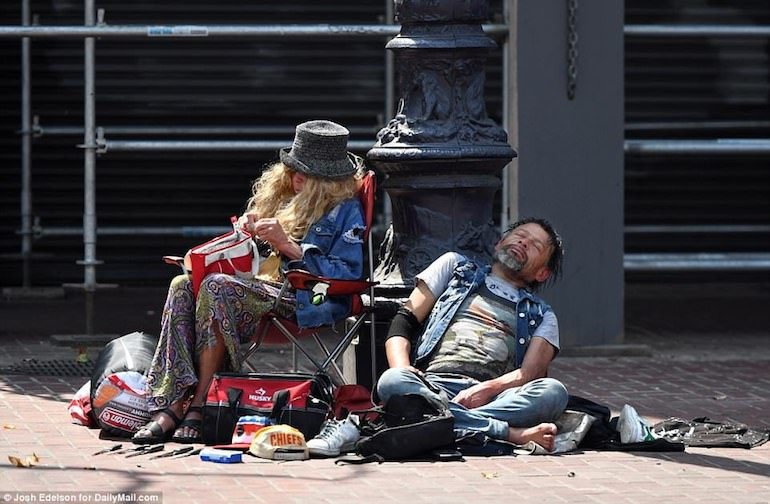 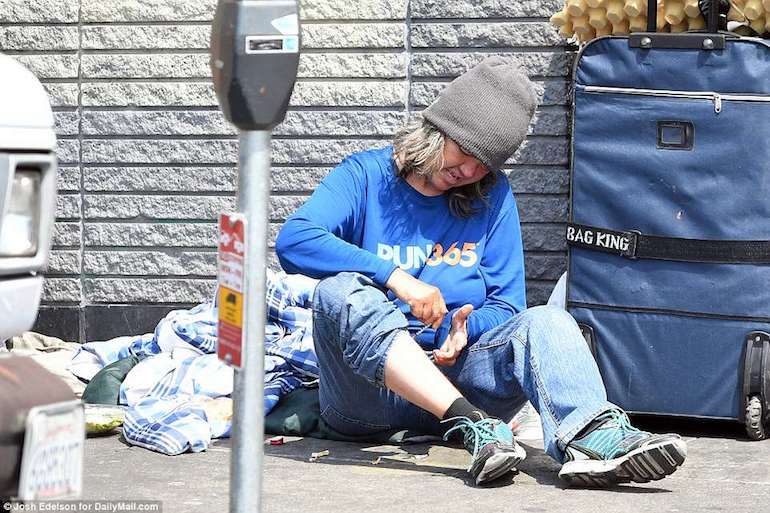 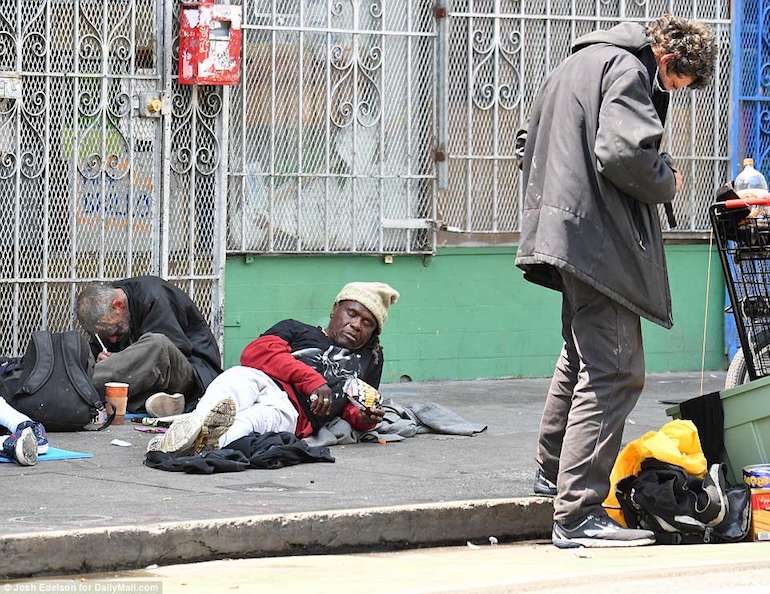 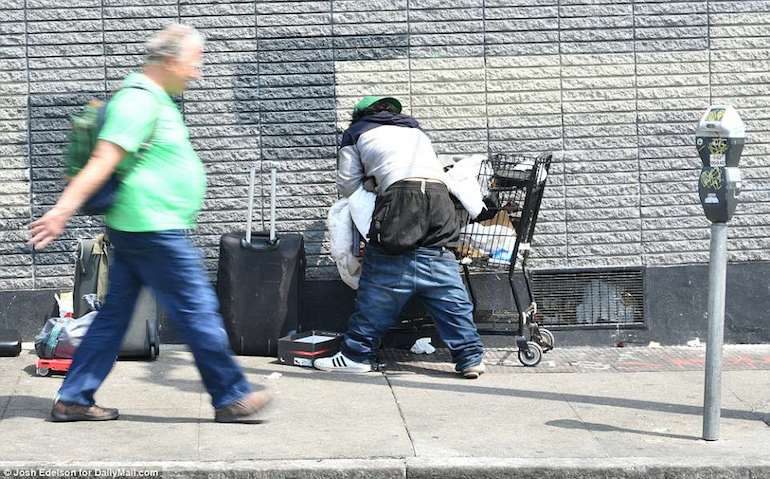 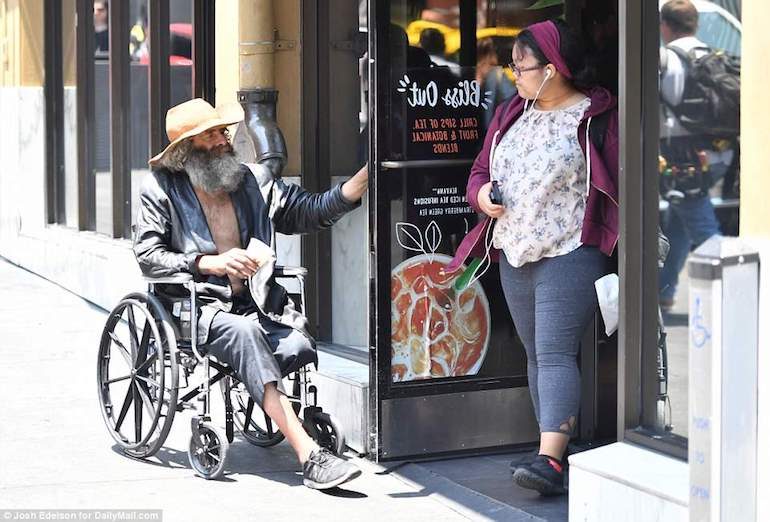 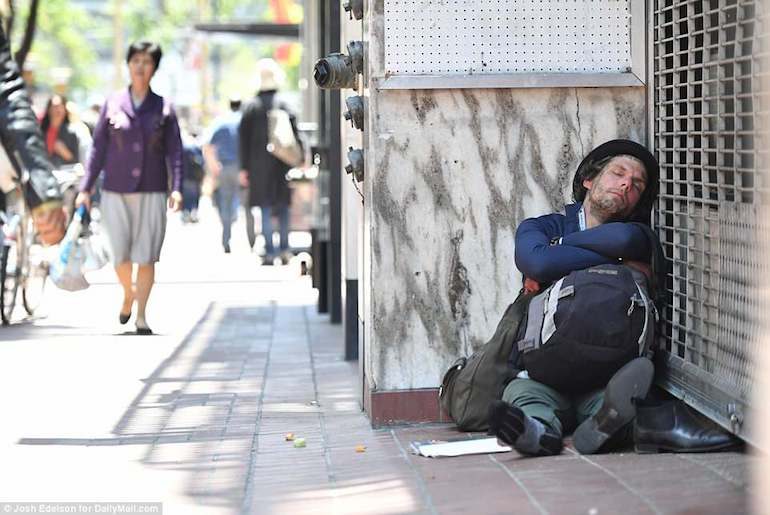 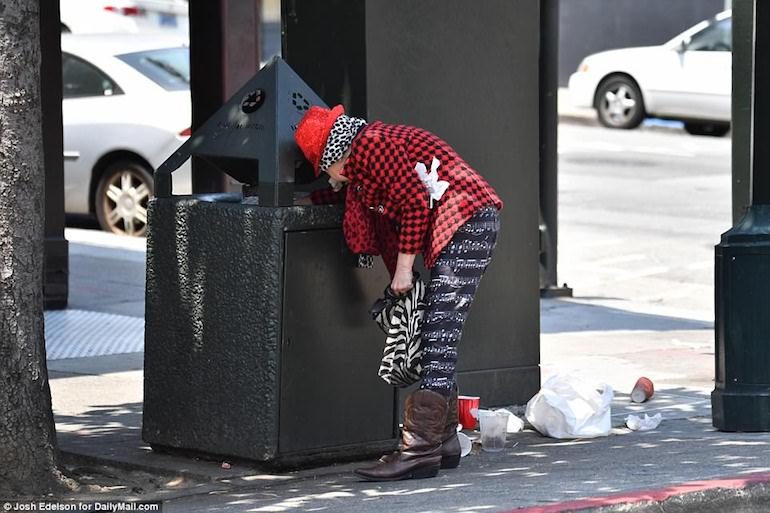 Is this the compassion of the left?

This is utterly heartbreaking.

Their lack of action could hit their tourism industry hard.

Tourism brings in big bucks into the Golden Gate City’s economy — a whopping $9 billion a year with $725 million in local taxes and employing around 80,000 people. Conventions bring in $1.7 billion, approximately 20 percent of the tourism revenue.

It used to be the high costs that were a concern for convention organizers, but this new factor is making them think twice about holding their event in Frisco.

‘I come from a third world country and it is not as bad as this,’ one tourist told KPIX.

Another said things are so bad you ‘can smell it’.

A report earlier this year by NBC Bay Area journalists found 100 drug needles and more than 300 piles of human feces during a survey of 153 blocks of downtown San Francisco.

If stuck by a used needle, one can be infected with diseases like HIV or Hepatitis. Fecal matter is also not just a smelly nuisance. As it dries, the germs become airborne and if inhaled, can prove deadly – especially for children.

Infectious disease expert Dr. Lee Riley warned the city was dirtier than some slums in India and Brazil.

‘The contamination is… much greater than communities in Brazil or Kenya or India,’ the UC Berkeley professor said.

Yep, isn’t that what you want, to vacation in a place that has potentially deadly airborne diseases from the piles of human excrement on the streets?

And then there are the needles lying around discarded on the streets.

‘You may not know it, but tourists spend more money outside of the hotel than inside the hotel,’ Hotel Council Executive Director Kevin Carroll told the Chronicle. ‘Everything from restaurants to shopping to taking taxis.’

According to the San Francisco Gate, a recent count revealed that roughly 7,500 people in the city are homeless. Some people, however, believe that number is as high as 12,000.

During the 2017-208 year, San Francisco has budgeted more than $300million on fighting homelessness, including building more shelters.

CNN reported in May that there are an estimated 22,000 intravenous drug users in the city, many of whom openly inject in public areas. The city’s drug problem was thrust into the spotlight when videos surfaced on YouTube of dozens of drug users sprawled on the floor at the Civic Center station openly injecting themselves with drugs as commuters hurried past.
Source: Daily Mail

How is it compassionate to allow the seriously mentally ill to wander the streets without treatment and threaten tourists?

How is it compassionate to allow drug users to inject poison into their bodies at so-called ‘safe injection sites’ or right there on the street?

How is it compassionate to allow homeless encampments to crop up and grow in the city?

It isn’t compassionate at all.

And maybe this convention pulling out of the once-beautiful City By The Bay will wake the leftists up out of their stupor.