Hot water bottles come with a warning on the packaging. You ignore that warning at your own peril.

Nadine Foster ignored the safety warnings, and it went badly for her. HOSPITAL badly.

Her Fiance was feeling ill, so she got him a hot water bottle. Normal enough, right? 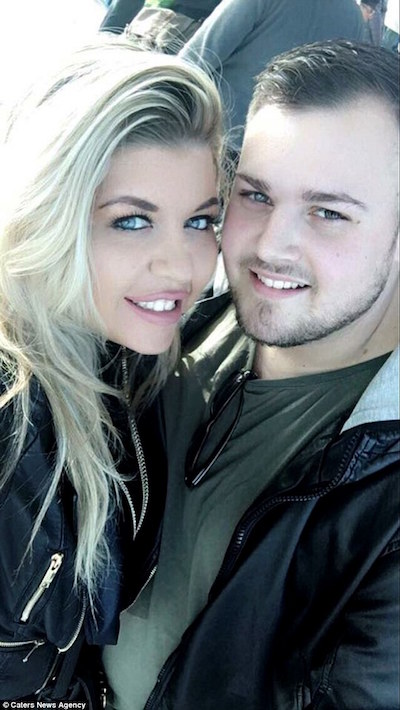 After filling it with boiling water, she held it against herself to squeeze out the air.

That was a bad idea.

The boiling-hot water splashed all over her chest.

Not only was she badly burned, but she was terrified that her implants would rupture.

‘Because I was wearing a low-cut top, the water went straight onto my chest – but at first I thought the water was on my clothes.

‘After quickly getting out of my clothes I noticed that my skin was starting to melt away on my chest.

‘As a few more minutes went by I was screaming in agony because I was in so much pain and after checking with paramedics they told me to come into A&E.

‘It then took me three weeks to recover, I’m still badly scarred and feel as though my chest will be ruined forever.

‘I spent £5,000 on my breasts back in 2007, and I was petrified that my skin had burned away that much that it would melt away at the silicone implant underneath too – but thankfully it didn’t.’

Despite the boiling water pouring onto her skin, Nadine claims it took minutes before she even realised what was happening.

She said: ‘I think my body might have gone into shock because for minutes I thought my dress was just hot, but quickly my skin began bubbling and blistering.
Source: DailyMail

She’s optimistic about the scarring, as the healing is going well so far, but obviously, it would have been better to avoid the situation entirely.

If she’d read this checklist, she could have saved herself some nasty burns.

In particular, this portion:

Do not use boiling water. If the water is very hot,
add cold water from the tap.
Hold the hot water bottle upright, over the sink
and away from your body when filling it.
Pour water into the bottle slowly until it is
two-thirds full.
Remove excess air from the bottle before closing
it. To do this, lower the bottle slowly towards a
lying position on a flat surface. When you see
water at the opening, put in the stopper and
tighten it.