Was this a ‘bull in a china shop’ moment? Or just another hit piece like the fish food story fro his Japan visit?

The press sure loves throwing Trump into an ‘international incident’ story, don’t they?

Remember when they doctored the tape to make the President look like some dumb rube who dumped the fish food into the Koi pond… until the unmodified footage proved he was following his Japanese host’s lead?

They love any kind of story that makes Trump look bad.

The latest one is his visit with the queen.

If there’s one thing you’re supposed to remember when visiting the queen, it’s the importance of the almighty Protocol. 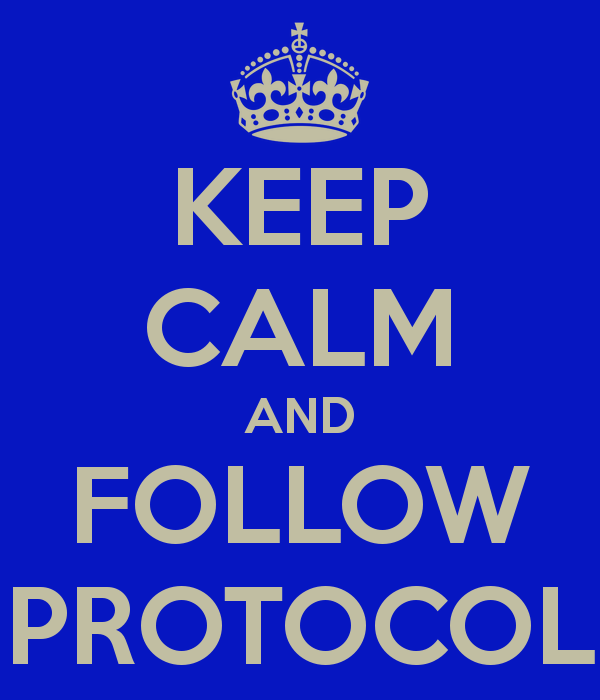 And wouldn’t you know it, they caught him breaking protocol. (Or did they.)

Here’s a sampling of the many, many outraged tweets:

Trump kept Queen Elizabeth waiting for 12 minutes, then upstaged her as they walked rather than following behind her. It's painful to watch. pic.twitter.com/mVZzsnnuaw

What’s that? You left out ‘didn’t curtsey’ and ‘left his jacket unbuttoned’.

Jim Acosta is just doing his job. He didn’t disrespect anyone. On the other hand, trump shows up late for the Queen, walks in front of her and didn’t button his jacket. If anyone is disrespectful it’s your boss. He’s an embarrassment to this country.

I’m not sure Trump was just being oblivious to Queen Elizabeth. He was late for the appointment. I’m certain that was deliberate. IMHO He was showing her who’s boss.After all, he hates strong women, especially those who reject him.

Certain that was deliberate. You’re SURE about that, are you?

Because Trump can’t ever make a ‘misstep’ without it coming from some dark and malevolent place. Hold that thought.

Let’s let Hollywood Life — hardly a Trump fan — answer the question about Trump’s tardiness. Notice the swipe at Trump in the middle of it:

Luckily, it wasn’t all bad. “As offensive as Trump was, he was not actually as late as everyone thought. It only looked like that way because the queen was there early,” the source continued. “While the queen expected her guests to be late, she was certain to be early for his arrival. She was being thoughtful. But, that’s very typical behavior of her. She’s always thinking of others, unlike Donald Trump,” the source said.

Ok, the waiting is out of the way.

“Americans do not curtsy or bow to foreign sovereigns,” royal expert Marlene Koenig explains to HarpersBAZAAR.com. “Justin Trudeau as Prime Minister of Canada gave a little bob of head as the Queen is the Head of State of Canada. She is his Sovereign.”
When President Barack Obama met the Queen at Windsor Castle in 2011, he also did not bow, CNN reports.
Source: Haper’s Bazaar

So, what about the bit about upstaging her?

Was he trying to show disrespect and dominance?

Or was this just a question of not being quite sure who was to go where, and when? It’s not like he’s done this dance before. As both sides will gladly remind us (for very different reasons) Trump is no career politician.

Look at the video, and decide for yourself — was it deliberate or innocent?

Did Trump deliberately 'snub' the Queen? Or was it an honest error?