CNN contributors have just graduated from merely nursing a ‘martyr complex’ to being straight up delusional.

Coming up with an idea this dumb requires special training. Fortunately, CNN has a professor.

New and awesome — Joseph Holt saying that Journalists are both ‘guardian angels that caringly and capably protect us from harm’ and they are like soldiers in how they ‘protect our freedoms’.

In his longwinded paean to the nobility of journalism, the op-ed’s author — Joseph Holt, ethics professor at Notre Dame — makes both his uncritical praise for journalism and his unwavering contempt for the current President blindingly obvious.

It’s almost like he was hand-picked to play on CNN’s team, isn’t it?

One of the reasons Trump’s language about the press is so disturbing is that it suggests Trump would prevent mainstream media from criticizing him if he had the power to do so
[…]
Truly democratic rulers would not want to live in a country without a vibrantly free press — only a tyrant or a subject content to live under tyrannical rule would. Far from being the enemy of the people, the press at its best is like a guardian angel that caringly and capably protects us from harm.
Source: CNN 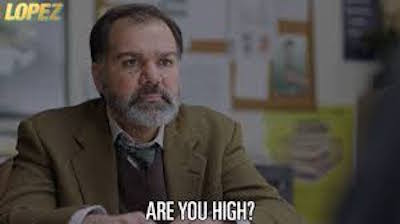 If they were truly free, would he care to explain why so many of the not-fake networks have employees with deep connections to the Democrats? 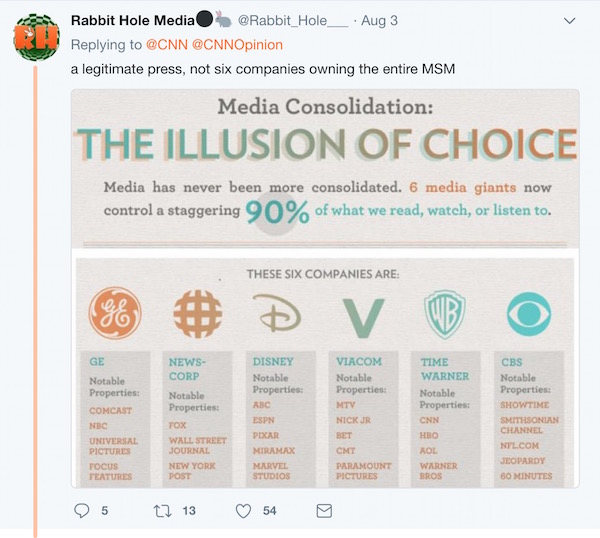 Would he care to explain the fawning coverage of Obama, or why Ben Rhodes bragged about the media knowing so little about foreign policy that they became his ‘echo chamber’ as he USED them to push his administration’s sketchy Iran policy.

In the spring of last year, legions of arms-control experts began popping up at think tanks and on social media, and then became key sources for hundreds of often-clueless reporters. ‘We created an echo chamber,’ [Rhodes] admitted, when I asked him to explain the onslaught of freshly minted experts cheerleading for the deal. ‘They were saying things that validated what we had given them to say.’
Source: Washington Times

The same Iran policy, we’d remind him that somehow created a ‘treaty’ without consulting Congress about it. And not for the first time.

Let’s see what else this Ethics Prof has to say in praise of Jim Acosta and CNN. (emphasis added)

The role of Stockmann in the play is like the role of mainstream media in democratic society — a revealer of truths that some of those in power, for their own selfish reasons, would like to keep hidden. Journalists are uniquely qualified to perform that vital role of discovering truth and combating falsehood. They have the unique skills, training and resources required; the courage and commitment needed; and an obligation under a demanding code of journalistic ethics to be responsible for the accuracy and fairness of their statements in a way that other sources of news and opinions not bound by the code — including a President who impressively averages 7.6 mistruths a day — are not.

‘We thank soldiers for their service because they devote themselves to protecting our freedoms, and we should. But we should also thank the media for the same reason — especially when the stakes have never been higher.
Source: CNN

So politicians have selfish reasons, but journalists are as ‘pure as the driven snow’.

Strangely, it’s the very same angelic and warrior-protecgtor media that was mysteriously silent about the IRS being weaponized against political rivals in an election year; about the stonewalling at the Gun Walking scandal; and a recent story about a Journalist (then critical of Obama) who testified before Congress that the Obama administration was busted infiltrating both her personal and work computers.

Dear CNN: Reporter Testifies Before Congress That Obama-Era Intel Agencies Spied On Her — Is That News?

This is weapons-grade nuts. Wonder what the @CNN Media team thinks about this comparing soldiers (who put their lives on the line to save us) and journalists. This is disgusting. https://t.co/uousJsbqF9

We all long for the press that gives us the news instead of one sided agenda. @CNN has chosen not to do that. Your network an opinion based program that is all but unwatchable now. #justwantthenews

And if you doubted that they were America’s Pravda… here’s a blast from the past:

Then again, there was all the buzz about what was ‘really’ happening with Melana. THERE was a real crackerjack news story. Maybe Trump ISN’T abusing her. Maybe she really IS recovering from kidney surgery, dumbass!