The DC company that hacked Hillary’s home-brew server inserted code that FORWARDED Copies Of EMAILS To The CHINESE Company In Real Time.

Are we ready yet to admit that her home-brew server and secret email were not just morally wrong, or ill-advised, but they were illegal, reckless, and endangered State Secrets? In point of fact, they did more than just Endanger state secrets, they exposed them.

It was never just a theoretical question. Officials are now pointing to a particular business that hacked her. But they’ve known since at least 2015.

The Chinese wrote code that was embedded in the server, which was kept in Clinton’s residence in upstate New York. The code generated an instant “courtesy copy” for nearly all of her emails and forwarded them to the Chinese company, according to the sources.

The Intelligence Community Inspector General (ICIG) found that virtually all of Clinton’s emails were sent to a “foreign entity,” Rep. Louie Gohmert, a Texas Republican, said at a July 12 House Committee on the Judiciary hearing. He did not reveal the entity’s identity, but said it was unrelated to Russia.

Two officials with the ICIG, investigator Frank Rucker and attorney Janette McMillan, met repeatedly with FBI officials to warn them of the Chinese intrusion, according to a former intelligence officer with expertise in cybersecurity issues, who was briefed on the matter. He spoke anonymously, as he was not authorized to publicly address the Chinese’s role with Clinton’s server.

Among those FBI officials was Peter Strzok, who was then the bureau’s top counterintelligence official. Strzok was fired this month following the discovery he sent anti-Trump texts to his mistress and co-worker, Lisa Page. Strzok didn’t act on the information the ICIG provided him, according to Gohmert.
— Source: DailyCaller [emphasis added]

Gohmert mentioned in the Judiciary Committee hearing that ICIG officials told Strzok and three other top FBI officials that they found an “anomaly” on Clinton’s server.

The former intelligence officer TheDCNF spoke with said the ICIG “discovered the anomaly pretty early in 2015.”

“When [the ICIG] did a very deep dive, they found in the actual metadata — the data which is at the header and footer of all the emails — that a copy, a ‘courtesy copy,’ was being sent to a third party and that third party was a known Chinese public company that was involved in collecting intelligence for China,” the former intelligence officer told TheDCNF.

“The [the ICIG] believe that there was some level of phishing. But once they got into the server something was embedded,” he said. “The Chinese are notorious for embedding little surprises like this.” — Source: DailyCaller

Where was our top counterintelligence official when this was reported? 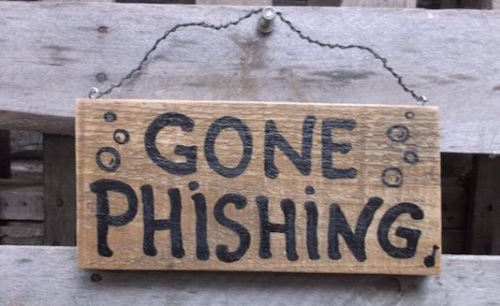 The fact that the supposed TOP COUNTERINTELLIGENCE OFFICIAL was more interested in Clearing Clinton than he was in protecting our information sheds a lot of light on questions of whether any of his decisions (including his roles both as lead investigator into Hillary, and into Trump) were motivated by political concerns or not.

What possible *legitimate* explanation could any counterintelligence official give for ignoring a foreign security breach to the Secretary of State herself? Aside from providing cover for a political ally, you might even ask what illegitimate explanation would make sense?

Combine that with his loathing of Trump, and his key role in the highly dubious foundations of the investigation that led to the Mueller investigation, (and new revelations about the personal Putin-Oligarch connections of the guy paid by the FBI to spy on Trump) and we have some strong reasons to be skeptical of everything that followed.

How bad was the problem?

“Look, there’s evidence based on the complete lack of security hygiene on the server.Fourteen-year-old hackers from Canada could have probably hacked into her server and left very little trace,” Shaffer said. “Any sophisticated organization is going to be able to essentially get in and then clean up their presence.”

And a former consultant to the U.S. trade representative, Claude Barfield, told TheDCNF: “The Chinese were in the process of really gaining technological competence in 2009 to 2010. This begins to really take off in the early years of the Obama administration. The Obama administration was kind of late and there was this slow reaction about how sophisticated the Chinese were.” — Source: DailyCaller

Fourteen-year-old hackers from Canada could have waltzed into the clandestine homebrew server of our Secretary of State.

Stop and think about that. And she doubted whether TRUMP could be trusted with state secrets, or the Nuclear Football.

Alternatively, they could have just looked on Anthony Weiner’s laptop.

Combine this story with Debbie Washerman Schultz’s IT scandal, their refusal to give up their computers when compromised, and the Podesta phishing issue, and the Democrats have a lot to answer for in their own committmet to IT security. And this group really thought they were ready to run a country?

But none of those failures are such a big deal, are they? Not for a guy like Strzok, who was already quite busy digging up dirt to frame and deep-six the guy on the Republican ticket.

At least, that’s what it’s looking like so far.