So, is it ok for a bunch of white liberals to shout down, berate and attack a black woman now?

Forgive me for being confused, but it is 2018 and those on the Left have been telling us over and over that the United States is ‘defined by racism’.

I guess not, because we’ve been told that you ‘can’t be racist against white people’.

And even if there is evidence, in the form of hundreds of tweets, that you harbor some sort of deep-seated bigotry against an entire group of people based on an immutable characteristic — their race — if you’re a 30-year old South Korean woman and went to Harvard Law School, you can still become a member of the New York Times editorial board. 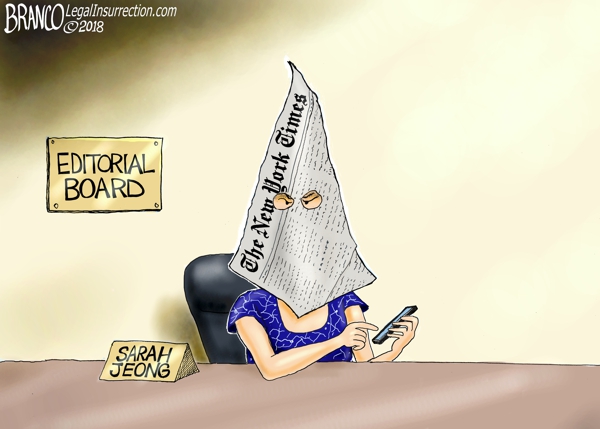 We’ve been told that you can’t call a dumb black guy dumb because that’s racist.

What if it’s white people that are harassing a black woman — is that racist?

Candace Owens a BLACK WOMAN was harrassed and forced to leave a restaurant because she is a Conservative. The irony of White Liberals chanting "Fuck White Supremacy" to a BLACK WOMAN is all the evidence you need to realize how completely unhinged the modern Left has become.

Can you believe the audacity that they have to chant that to Candace Owens?!?

They’re shouting her down and physically intimidating her by getting right up into her face.

Disagreeing with them politically.

To those loud, white leftists, Candace Owens has unacceptable views. To that crowd, their views are obviously superior and Owens needs to be told that she’s not thinking properly.

And they keep doing this to anyone black that dares to have different political views.

Just look at the way that many liberals treat anyone black that breaks out of the little box of ‘acceptable views’ for the black community.

If you like the president, they’ll call you crazy like they did when Kanye West posted a tweet saying that ‘black people don’t have to be Democrats.’

Great black thinkers are dismissed as ‘Uncle Tom’ or ‘C**ns’, or worse.

Justice Clarence Thomas was subjected to accusations of sexual harassment at his Supreme Court confirmation hearing and called it a ‘high tech lynching’.

Dr. Ben Carson, and before him, Herman Caine, were accused of being ‘Uncle Toms’.

And of course, the way that black women are treated is very different — Alveda King, Stacey Dash, and, of course, Condoleeza Rice. You’d think that Condi would be feted, for being a successful, intelligent, articulate woman — but no. She’s on the wrong team.

If you’re black, God help you if you leave the ‘thought plantation’.

Those white liberals will be there to shout you down and tell you that your point of view is not acceptable, and they don’t like that you’ve turned away from the ‘acceptable’ views.

So, tell me again which party is the one that is all about ‘white supremacy’?

The one that is welcoming of all people and wants us to move away from classifying people based on the color of their skin, or the one that wants the color of your skin to define how you think?

As for Ms. Owens, she’s a strong, black woman. If Twitter is any indication, she can take it.

She’s going to be just fine.