Why is it that Terms Of Service violations only seem to apply to people from ONE side of the political spectrum?

Alex Jones and his Infowars site was pulled off almost all social media sites on the same day.

"Apple, Facebook, Spotify, and YouTube have offered, at most, only copy and paste explanations for why they banned InfoWars… or why, after months of pressure from the Democrats and CNN, they all came to the same decision on the same day." https://t.co/WniIzyAoJn

Let’s compare them to other sites. Like Farrakhan, or Antifa.

Even the Left has acknowledged that Louis Farrakhan is a straight-up anti-semite.

Hawaii’s senator called him out on it:

This is unacceptable in a progressive coalition or any political coalition. Antisemitism has no place in American society. We must reject this, left right and center. https://t.co/ujcRKbBkP9

And Twitter finally — reluctantly — stripped him of their famous ‘blue check mark’.

But he still has a platform, despite the fact that one of the preferred fact checkers of the left-leaning social media sites (Snopes) reported Farrakhan (link) LITERALLY calling for his followers to kill people:

But still, here he is, as the saying goes, “large as life, and twice as ugly“.

With their rioting, violence against police, and general harassment of ordinary people trying to eat a meal in a restaurant…

ANTIFA took FULL credit for what they did on their twitter page @ChristopherHahn. They also said they were inspired by an @HuffPost smear article, labeling our organization as racist.

This proves @realDonaldTrump’s point: the #FAKENEWS media IS the enemy of the American people.

To be clear: ANTIFA, an all-white fascist organization, just grew violent and attacked an all-black and Hispanic police force.

Because I, a BLACK woman, was eating breakfast.

Is this the civil rights era all over again? pic.twitter.com/piJfnopniW

Would like to personally and publicly thank the @PhillyPolice force for keeping us safe today. As you can see in the video, they were all Hispanic and black. The white liberal thugs were shouting “no good cops in a racist system”.
Listen to the BLACK female officer at the end: pic.twitter.com/R287Z4wHCr

But when you plug ‘Antifa’ into the search bar, Twitter is happy to link you to some of their accounts.

Here’s what came up when I plugged ‘Antifa’ into my search bar.

Gee, I wonder why?

Maybe that’s a clue why Antifa hasn’t been ‘de-platformed’ yet, but Alex Jones — whatever you think of his outlandish claims — went dark on all these social media networks on the very same day.

As for why Farrakhan hasn’t been, can you think of a SINGLE good reason? 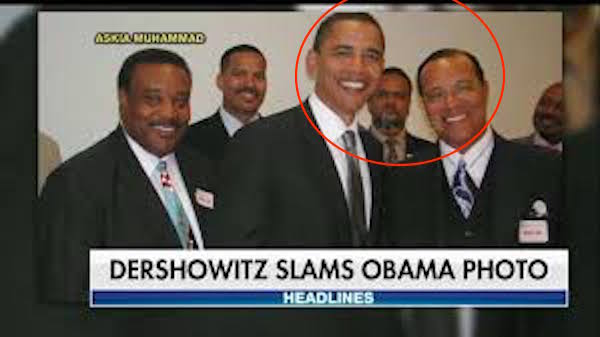 Hmmm? Any reason at all?

Need some time to answer?

But tell us more about the dire threat some foreign nation might be to our electoral system.

But when you get back to us, be sure to tell us over a Social Media platform that anyone to the right of Stalin hasn’t already been exiled from.

Infowars is silenced but Antifa and Farrakhan are not because...