This is what happens when you allow a so-called ‘neutral platform’ to behave like a publisher.

The Anne Frank Center for Mutual Respect, a non-profit organization in New York, recently shared an article on their Facebook and Twitter accounts by the Daily Kos about the staggering numbers of people that were killed during the Holocaust. The article revealed that almost a third of Americans don’t believe that as many as six million Jews were killed in the Holocaust, and the post advocated the need for more Holocaust education.

The photograph associated with the Daily Kos article was a heartbreaking image of emaciated, naked children at a concentration camp. 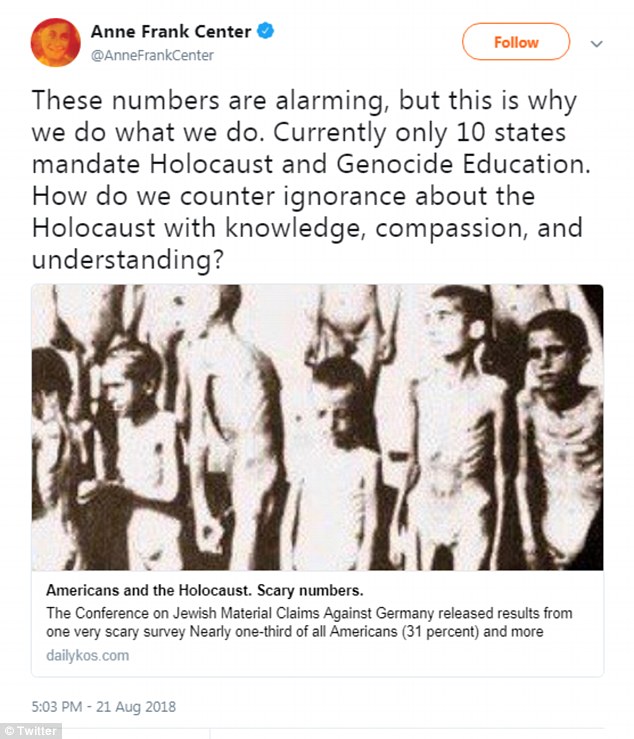 Facebook removed the post as having violated their community standards, but didn’t tell the Anne Frank Center why.

The article revealed the results of a survey conducted by The Conference on Jewish Material Claims Against Germany.

The results showed almost a third of Americans believe that substantially fewer than six million Jews were killed in the Holocaust and that 45 per cent of Americans cannot name a single concentration camp.

The Anne Frank Center had shared the article, adding in a caption: ‘These numbers are alarming, but this is why we do what we do. 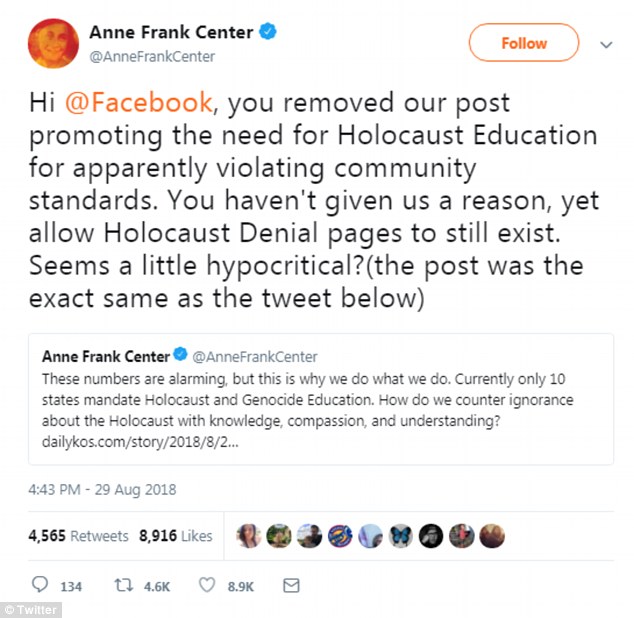 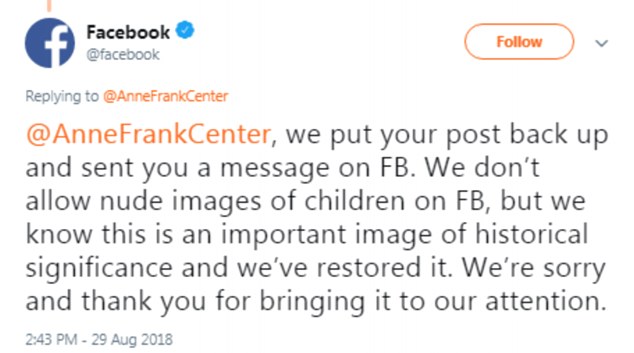 It’s unbelievable that it was the Anne Frank Center for Mutual Respect that had a post removed by Facebook.

Think of all of the offensive things that you’ve seen on Facebook — if you’re still on there, that is.

But this post about the Holocaust is the thing that gets removed.

The Anne Frank Center for Mutual Respect’s mission is to advocate for the kinder and fairer world of which Anne Frank dreamed.’

It preserves the legacy of the young diarist who was killed in the Holocaust through education and arts programming.

But maybe, we can navigate our way back to that goal.

For years, conservatives have been the ones that raised the standard of mutual respect, and the left (by and large) have tossed that concept out the window. Maybe the bullies will stand down when we stand up for ourselves.

We’ve now got a President who hits back when he’s attacked and the leftists hate him for it.