Nothing gives you a better insight into a political campaign like being there; boots on the ground. Our Conservative Campaign Committee team is in Arizona implementing various initiatives to secure a victory for Dr. Kelli Ward U.S. Senate in the August 28th GOP primary. To remind voters of the election, our team waves Kelli Ward signs on street corners in key cities. We invite local supporters to join us. From our first sign-wave, we have been joined by enthusiastic Kelli Ward/Donald Trump supporters.

At our sign-wave in Kingman, I want to give heartfelt thanks and a shout-out to a great patriot, Marlene. Despite her extremely limited mobility, Marlene showed up to our sign-wave using her walker. Wow! Marlene realizes how important it is to send rock solid conservative warriors like Dr. Kelli Ward to Washington DC to support Trump’s mission to make America great again. Marlene was accompanied by her husband Dean.

It is impossible to remember the names of all the excited loyal Kelli Ward-ians. Patricia said she has been a Kelli Ward fan for several years. Ward-ian, Jinhui said he supports Kelli because she is honest and puts actions behind her words, unlike many politicians.

All the volunteers we’ve encountered thus far give Kelli an A+ on her commitment to conservatism and courage to fight for it.

Wearing our Kelli Ward shirts, we stopped in Walmart for water, ice and supplies. Walmart shoppers gave us thumps up for Ward, some asked us about her. Here is a picture of me with national recording artist Diana Nagy. 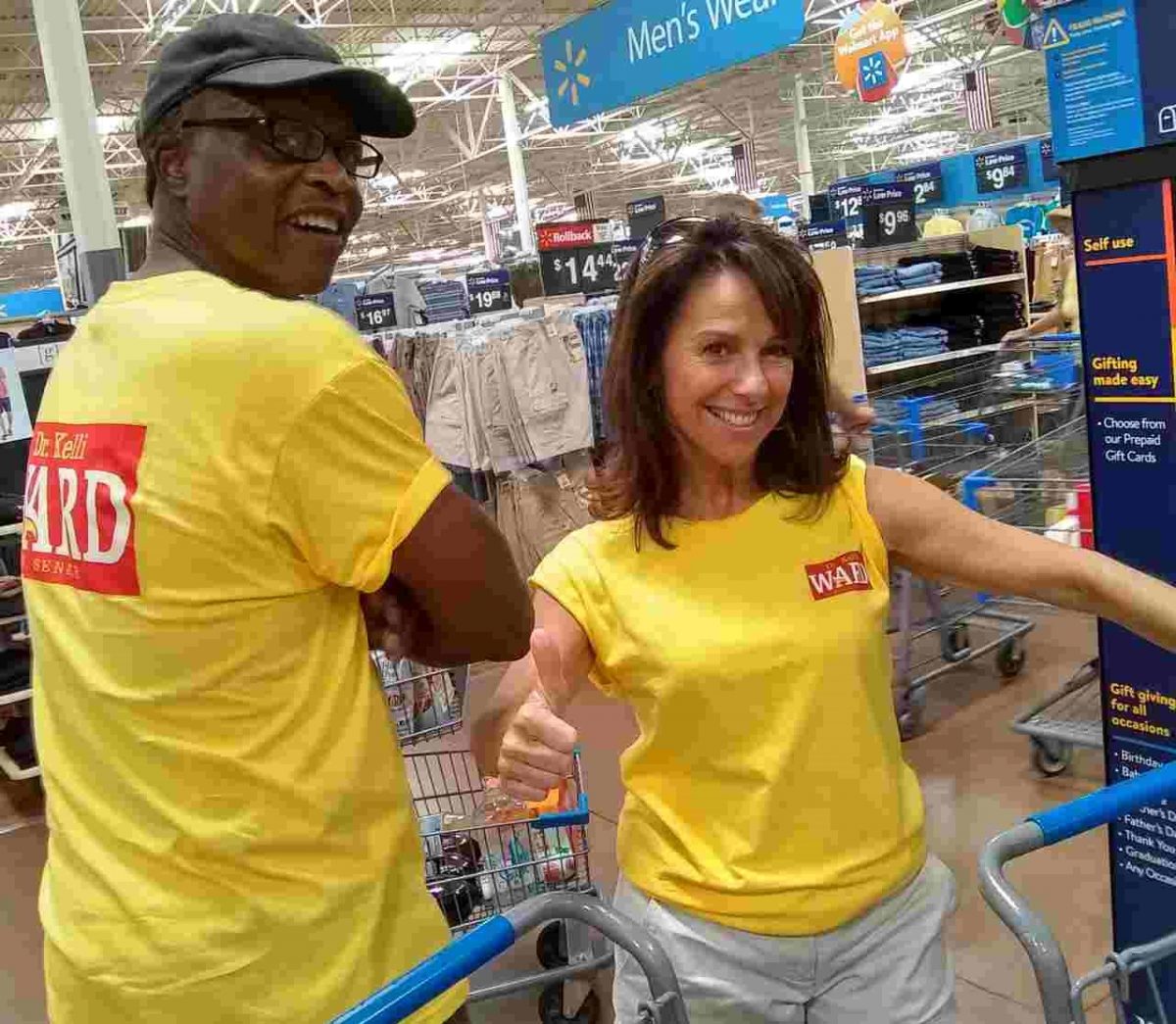