Some people think this ‘goes too far’. Are they right?

Those of us who had reservations about blurring the lines of who goes into which bathroom didn’t really give a damn who might wander into the men’s room.

Most men don’t perceive most women as a physical threat, either by temperament or by overall size. Even if some woman this she’s got what it takes to take a shot at using the urinal, so be it.

(As long as she doesn’t try to do so sitting down. That would be weird.)

But because Testosterone has very specific biological effects during puberty, including overall physical size and bone density and, yes, aggression we’re nowhere near as casual about a dude in a dress (whatever he may feel about himself, identity-wise) waltzing into the women’s room.

We give them a separate room for a reason. To use the modern phrasing… it’s a ‘safe space’ for when women are partially undressed, isolated, and at their most vulnerable.

Here is a handy reference for news stories about arrests related to gender and bathrooms.

Protective husbands and dads have something to say about that: 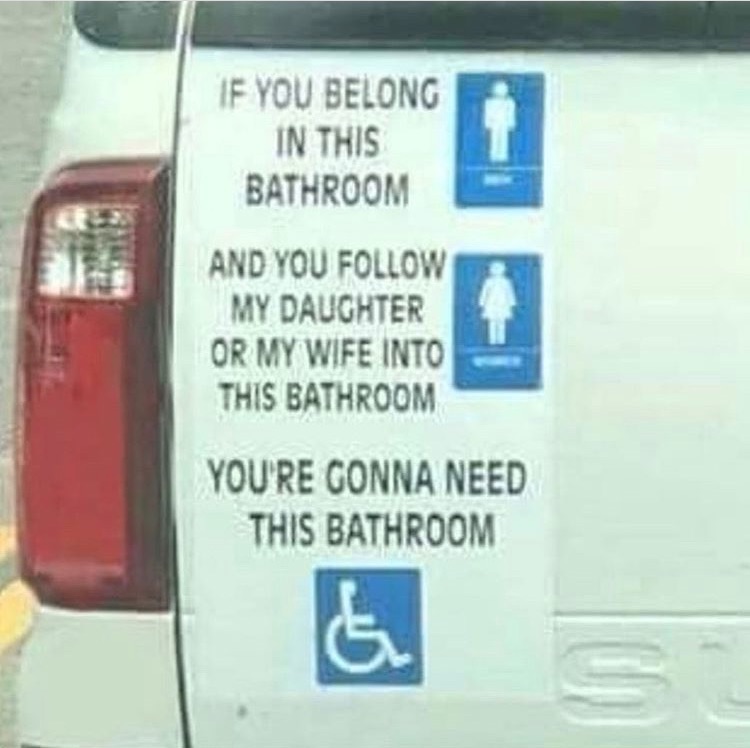