The same sort of people who celebrate Stormy Daniels as a ‘performer’ can somehow find a way to get bent out of shape by an ‘offensive’ patch.

Horrible profanities at political marches? Those are perfectly ok.

But let someone use slightly less vulgar language in celebrating some of life’s little pleasures, and they lose their minds.

It’s ok for the other side to cheer nearly-naked men in assless chaps at a Pride Parade, but let someone say they like boobies, and people come unhinged.

Or in this case, firearms AND the female form. How dare they? Oh, and did I mention they were Bikers? They’re a group of people not usually known for being ‘politically correct’.

Nor are they usually known for meeting the President. But Billionaire or not, Trump this isn’t your typical ‘uppity’ President, who is desperate to hob-knob with celebrities and has little interest in the ‘common man’. You know, like his immediate predecessor.

Trump hosted ‘Bikers For Trump’ at his golf club in NJ.

To almost nobody’s surprise, the Bikers didn’t show up in suits and ties. They wore their leathers, naturally. And biker leathers tend to have patches sewn onto them.

Those patches came under scrutiny. 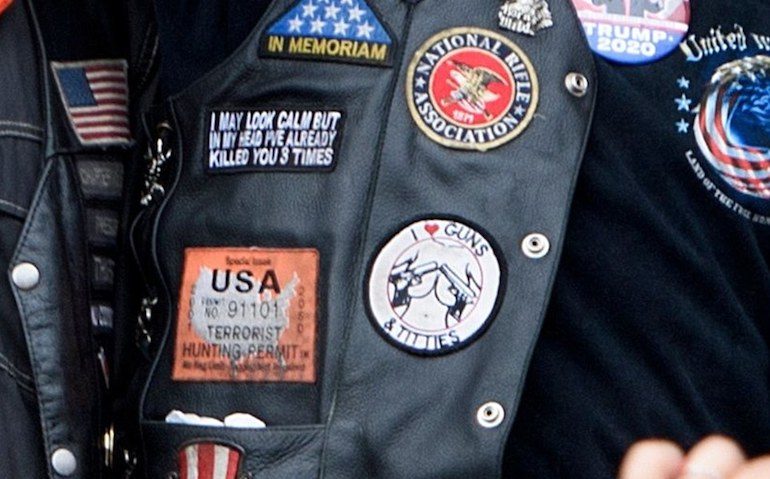 They had the usual ballsy politically incorrect lines like “This is America. We eat meat. We drink beer and we speak f—ing English”.

“You stomp my flag and I’ll stomp your ass.”

Of course, the media DIDN’T focus on, say, the huge ‘People Helping People’ crest on one biker’s back. 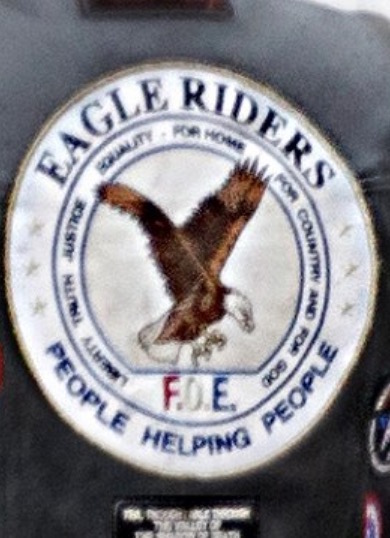 Or the “In Memoriam” under a folded flag on the same vest that had the ‘bad’ crest.

Nope. These ‘crackerjacks’ at WaPo ‘spotted’ the ones they considered ‘sexist’.

Like the one that said ‘I (heart) Guns & titties.’

And taking up the ‘I’m supposed to be offended’ cue, they were.

With all the usual hyperbole.

tRump’s handlers didn’t check the Nazi tats on biker. Or maybe they did. https://t.co/mq2q3Piujg

Didn’t take long to fall down that Nazi rabbit hole, did it?

Or display their ignorance:

Patches? What are they? The adult Boy Scouts?

Nothing shocks me anymore about that people ????????‍♀️

If it’s not a snipe about Nazis, you can count on one about Russians.

Must not have gotten the lastest Russian Collusion memo:

Yo, Mueller: Journalists Think Trump Tower Meeting Was A ‘Set-Up’ … Will You Investigate?

Just more of his “good people”.

Wait, what? Judging people by ridiculous stereotypess is a virtue, now?

@realDonaldTrump poses with his friends …

You could have worse friends than that. Riotous Antifa thugs, for example.

I’m old enough to remember when ‘Bikers For Trump’ offered on more than one occasion to stand as a buffer between Trump supporters and violent agitators.

That sounds pretty damned patriotic to me.

WaPo wants to focus their attention on a ‘dirty picture’ on a biker’s patch.

Not the fact that a group of people, mostly working class tradesmen showed up at a meeting to support the President.

No wonder newsrooms have cut news staff by 25% in the last decade.

Who needs reporters, anymore? This is the kind of schlock they sling instead of actual news.

They don’t even have to leave their computer to do it.