As hard as it is to believe, this is a headline, not a punchline.

That said, it’s a little like offering a Driver’s Safety award to Ted Kennedy, or a thumb drive to Hillary Clinton.

He’s getting an award named for Robert Kennedy.

The award honors global leaders for “their exceptional work toward a more just and peaceful world.”

Along with Obama, Discovery President and CEO David Zaslav, Humana CEO Bruce Broussard and New Jersey Gov. Phil Murphy (D) will also receive the Ripple of Hope award, according to a release.

Bobby Kennedy was one of my heroes. He was someone who showed us the power of acting on our ideals, the idea that any of us can be one of the “million different centers of energy and daring” that ultimately combine to change the world for the better. https://t.co/nAiPiGercs

With a decision like this you’d almost wonder whether ‘Ripple Of Hope’ is what Ted was drinking on that fateful night.

It’s almost as bad as that Peace Prize awarded to the President who set a new record for ‘most days at war while in office’.

Did he ever get some kind of a trophy for that, I wonder?

Are you SURE about that? Let’s recap.

Fast & Furious — Obama Administration supplied guns to Mexican Criminal Gangs. One American is known to have been killed in the process. God alone knows how many Mexicans were killed. When it came time to hold anyone to account, Obama’s ‘wingman’ stonewalled the investigations.

Election Interference: Obama’s administration interfered with the free election of the people of Israel. He also was surveilling foreign leaders’ Cell Phones — including allies like Merkel and Netanyahu.

Turkey: Either USA knew about the coup attempt, and did nothing, or (worse) they didn’t see it coming.

ISIS: went from being an aggressive network to being a regional power under Obama’s administration to being a dangerous regional power that devastated cities, raped and enslaved women and children, and slaughtered everyone else.

Crimea: Obama wouldn’t even use harsh words against Putin when he effectively annexed part of Ukraine — the same nation that agreed to disarm, so long as the rest of us defend its borders from any aggressive neighbors. Obama left Ukraine grabbing their ankles.

Iran’s People: The one aspect of the ‘Arab Spring’ he refused to throw any support behind. The oppressed citizens of Iran — who are arrested and disappear when they protest against their government or dare to stand in public without a hijab — looked to the West for support in rising against their oppressive leaders during the Green Revolution. The West — most notably Obama — failed them.

The elite Revolutionary Guard and their volunteer force known as the Basij cracked down, opening fire on marchers and launching a wave of arrests. Dozens were killed, many more were jailed and tortured. The movement’s political leadership was put under house arrest.
Source: The Star

We could talk about that midnight arrest of the scapegoat third-rate filmmaker so that Obama could look like he was ‘doing something’ in response to the Benghazi incident that was (as he assured the world, even though he knew he was lying through his teeth) the result of a reaction to a bad film. That such an uprising would happen at an American-owned compound on the anniversary of 9/11 is merely a coincidence.

We could talk about the rights of the journalists he spied on, including the latest revelations just recently shared before Congress:
Dear CNN: Reporter Testifies Before Congress That Obama-Era Intel Agencies Spied On Her — Is That News?

How about the ‘free pass’ he gave Terror group Hezbollah because he was trying to kiss Iran’s ass? They upgraded from terror group and arms dealers to full-scale Billion-dollar Criminal Cartel in the process.

The US agencies that were poised to intercept multiple of Tons of drugs bound for the US were told to stand down.

And that’s not even getting into the irregularities in both the Hillary prosecutions and the spying on the Trump team.

How in the hell can they justify giving a HUMAN rights award to Obama?

Who else have they given them to?

Bill ‘At least my rape of Haiti was only metaphorical’ Clinton, huh?

DeNiro Yells ‘F**k Trump’ During Tony Awards – Will You Ever Watch His Movies Again?

So basically it’s a participation trophy for being a Leftist.

Well, why didn’t they just say so?

But really, they need to rethink that name, though.

False advertising and all. 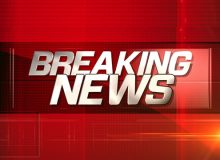