CNN’s Glory Boy, Jim Acosta, has been very upset that the President and Trump supporters call CNN ‘Fake News’. He posted several tweets about the reception he received at the Trump rally in Tampa.

Gee, Jimmy, why are people hostile to you and CNN?

They’ve also ignored the President’s stellar record on the economy with record-low unemployment, and a GDP growth rate that economists had said was impossible. If CNN is forced to cover anything positive, they bring on ‘experts’ to explain why President Trump’s policy is going to damage America in the long-run.

There’s also this pesky habit of shaping the narrative instead of reporting the news. They do this while claiming to be unbiased journalists.

How many Obama-era scandals were covered thoroughly on CNN?

How many former Obama Administration employees are now ‘consultants’ on CNN? 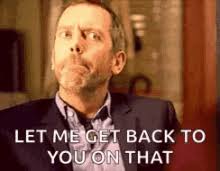 Then again, maybe it’s because Jim Acosta is incredibly rude:

I’m old enough to remember when the Press cheered on President Obama booting out reporters. It wasn’t the ‘end of the free press in America‘ to journalists — only to those of us on the consumer side of the news.

You can hear there is a chorus of boos and other chants from this Trump crowd here … saying things like “CNN sucks,” “go home,” and “fake news.” Wolf, obviously all of things are false. We’re staying right here. We’re going to do our job and report on this rally to all of our viewers tonight.

Here are his whiny tweets that followed:

Just a sample of the sad scene we faced at the Trump rally in Tampa. I’m very worried that the hostility whipped up by Trump and some in conservative media will result in somebody getting hurt. We should not treat our fellow Americans this way. The press is not the enemy. pic.twitter.com/IhSRw5Ui3R

Oh, you mean like a deranged lunatic could take a gun to a baseball field and shoot members of Congress because they are from the opposing political party?

Or people in black garb with their faces covered could riot and beat people with improvised weapons because they didn’t like the guy that was just sworn in as President?

Maybe you mean more people in black garb with their faces covered smashing up a Starbucks when a conservative dares to try to speak on a college campus.

One of the surprising things I heard tonight in Tampa is Trump supporters saying I should be on their team. Anybody remember when we were all on the same team? I do.

Maybe Jim means when the Press fawned over President Obama and hid his scandals.

Another snapshot from Trump’s Tampa rally, I tried to take a picture with a father and his daughter while people yelled “CNN sucks” in my face. I am sorry that this little girl had to see that. pic.twitter.com/DIHPpCdbb6

This guy — who has nostalgically visited Cuba — has this tweet pinned to his timeline:

Look around the world and check out the countries that have government control over the media. They are not places where you want to live.

You know what else is problematic, Jimbo? Media control of the narrative for or against one political position to the exclusion of everything else.

When the Media (D) headline is about the President politely asking for a Coke and neglecting significant world events, we have a problem.

Those on the MAGA side of the aisle saw things a little differently.

.@Acosta is trying to do a stand-up at #trumptampa and the crowd is booing and chanting “CNN sucks” behind him. pic.twitter.com/XiULajB1Li

.@Acosta being heckled by crowd at @realDonaldTrump rally in Tampa, people screaming “CNN sucks” and “you’re a liar” and chants of “fake news” and “Trump, Trump” pic.twitter.com/RxnFwYpoWo

And then there’s this one:

The fact is, CNN is a joke of its former self.

Heather Wilhelm had an Op-Ed piece in the Chicago Tribune titled, The astonishing silliness of CNN.

She spoke of being exposed to CNN in airports which reminded her of just how far the network has fallen.

In summary, CNN was everywhere, and unless you had a giant pair of virtual reality goggles and noise-canceling headphones, there was no escape — thanks to a deal nearly 60 airports have with the CNN Airport Network. In the end, however, there was a quiet upside to all of this: Like it or not, I was helpfully reminded of why CNN’s relative cable news ratings are lower than the cut of a tank top worn by, yes, the omnipresent Stormy Daniels.

I’m old enough to remember when CNN was taken more seriously, back in the day when the booming voice of James Earl Jones grandly announced “THIS … IS CNN.” Today, however, when it comes to the ratings, the supposedly middle-of-the-road CNN wildly trails its openly ideological rivals Fox News and MSNBC. It almost brings to mind the advice found in the Book of Revelation: “Would that you were either cold or hot! So, because you are lukewarm, and neither hot nor cold, I will spit you out of my mouth.”

I kid, I kid: I just wanted to quote Revelation. Moreover, CNN often pretends to be middle-of-the-road, but it most certainly is not — and perhaps that’s the bulk of the problem.

Witness the now-legendary CNN chyron — that’s the line of headline text gracing the bottom of the screen during every news story — which has taken to reminding viewers, often in cheeky parentheticals, what exactly one should think. Here’s a doozy from February: “WH: TRUMP HAS BEEN TOUGHER ON RUSSIA IN ONE YEAR THAN OBAMA WAS IN EIGHT (NO, HE HASN’T).” On Thursday, in response to a rather fluffy White House–sponsored “Sports and Fitness Day,” CNN got weirdly ponderous: “TRUMP AND FITNESS: AN EXERCISE IN HYPOCRISY?” During my brief yet torturous airport restaurant foray, the network’s chyron read something like — and please forgive my paraphrasing, but I was desperately trying to ignore the TV blaring over my head — “TRUMP FALSELY SLAMS ‘SPYING’ DURING HIS CAMPAIGN (ISN’T HE CRAZY? IT WAS AN ‘INFORMANT,’ NOT A SPY!).”

The good people at CNN can do what they want, but this blatant chyron-splaining sends a rather clear and unfortunate message: that they think their audience is daft and incapable of figuring things out for themselves.

First the D.C. Swamp, then we need to clean out the Media (D).