One woman went behind the counter to lodge a complaint … with her fists!

And feminists complain MEN are ‘toxic’ and ‘violent’? This is the SECOND straight story we’ve covered about women throwing hands in a McDonalds.

Seriously. Whatever they did to your order wrong that pissed you off isn’t worth a criminal record.

Customers in DeKalb Illinois were in for a real surprise if they were planning to pick up a Happy Meal for the kiddos.

It was already underway when the video begins, but a woman in street clothes was behind the counter where the employees stand to take and fill the customer’s order. She was throwing her weight around.

It got pretty wild, and some guy in a Bulls shirt (who had just been ‘shooed’ out from behind there once already) joined them behind the counter after the fight went to the floor, then a feisty little female employee went behind him and literally dragged him out by the back of his pants. 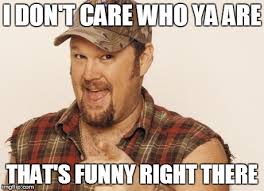 If she had a ‘spirit animal’ it would have to be the honey badger.

The man continues to yell expletives as they leave the premises while the employee who he shoved replies: ‘You hit a woman.’

‘It’s on camera,’ she responds again before the footage cuts off.
Source: DailyMail

And while all THAT is happening, someone else is coming up across the counter to see what she can do about anything.

Maybe next time you go to McDees, you may want to consider the Drive Thru option?