Well, THIS explains a lot. It’s hard to be patriotic when you don’t even understand what makes your country special.

In far too many parts of the country, the conversation could go something like this:

Great. What exactly does the First Amendment do that makes it a good thing?

In fact, that’s almost exactly what an annual survey found.

According to FFI’s annual “State of the First Amendment” survey, which polled 1,009 American adults, 74 percent of respondents disagreed with the statement that the First Amendment “goes too far” in the rights it guarantees to U.S. citizens, yet 40 percent could not correctly identify a single one of those rights.

Similarly, 36 percent of respondents could list just one of the freedoms protected by the amendment, while just one respondent could list all five.
Source: CampusReform 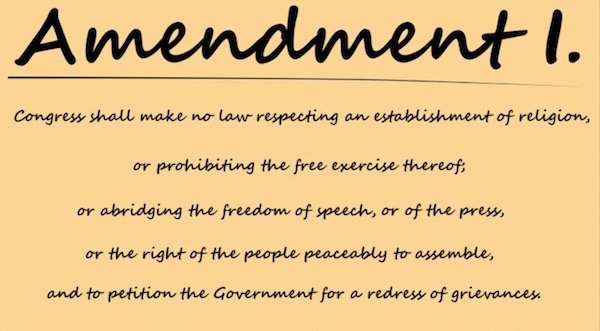 The respondents were first asked whether they could name any of the five freedoms guaranteed by the First
Amendment. The First Amendment states: “Congress shall make no law respecting an establishment of religion, or
prohibiting the free exercise thereof; or abridging the freedom of speech, or of the press; or the right of the people
peaceably to assemble, and to petition the Government for a redress of grievances.”
Without any prompting, freedom of speech (56%) was the most commonly recalled right guaranteed by the First
Amendment. The next was freedom of religion (15%), freedom of the press (13%), and right of assembly (12%), with
right to petition being the least likely to be recalled (2%). A similar number (2%) mistakenly guessed the right to vote.
The right to bear arms (9%) was the most common mistaken response.
[…]
About one-third of respondents (36%) could name one freedom, but only 3% could name four of the five freedoms.
Only one respondent could name all five correctly. Two-fifths of respondents could not recall any (40%).
There were also statistically significant demographic differences among those who could recall certain freedoms. 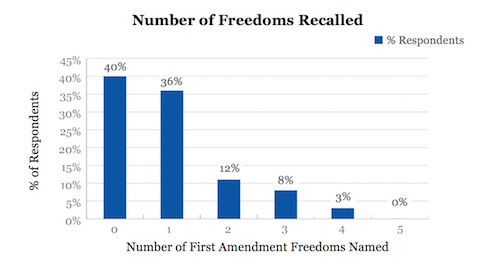 For example, younger people (age 18–34) were more likely than older respondents to recall freedom of religion and the
press. More educated, higher income respondents were more likely to recall freedom of speech, and more educated
respondents were able to name more freedoms overall. Surprisingly, those with a religious identity were slightly less
likely to be able to name freedom of religion (13%) than those who were not religious (17%). Source: FreedomForumInstitute

Out of One THOUSAND people… only ONE person could remember all five freedoms protected by the First Amendment? 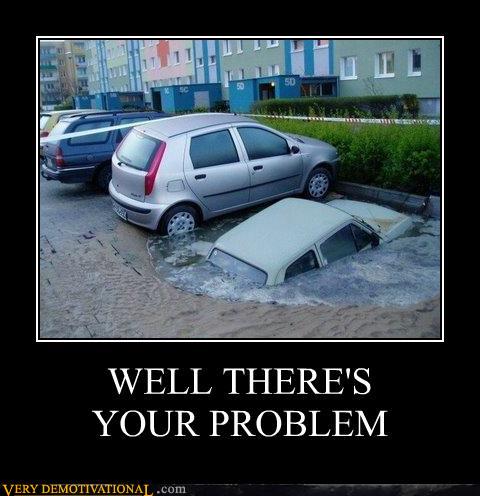 That explains a lot.

If we’re going to confer a love of country to the next generation, they’ll first have to know something about it.

They could learn a thing or two from the example of our First Lady. She wasn’t even BORN here and is more patriotic than many that were.