So, what happens if you only want to look like a douche part of the time? This product has got you covered.

But only at the tippy-top of your head.

For the seven guys out there who actually wear clip-on ties, we give you …

The clip on man-bun.

(Or you could call it a clip on ‘douche-knot’, if you prefer):

Know someone who could use a man bun? Get yours here ➡️ http://bluecrate.com/manbun

Yeah. These guys just look like the epitome of style, don’t they?

If you thought it was just a parody product, like that fake pharmaceutical ad for stressed-out parents, ‘Aphukenbrake‘… think again.

It really IS out there on Amazon.

And as if that wasn’t good enough, it recommended some ‘related’ products that such a customer may also be interested in.

A mullet. (Because who WOULDN’T need a fake mullet, right?)

And fake tattoos. But not just ANY fake tattoos. They’ve got ‘sleeves’. And it comes with TWENTY sleeves, too! In case two just fake tattoos just aren’t badass enough for you. 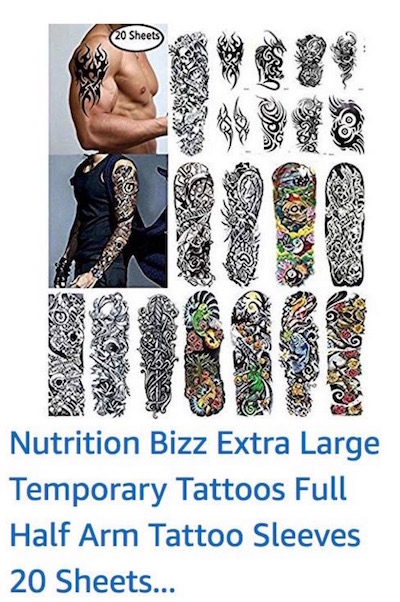 Sorry, I didn’t look up the prices on any of these items, but I suspect it would include the forfeiture of testicles, assuming the purchaser had any testicles to begin with.