The only reason Levin even agreed to go on TV last night was because he saw all the media meatheads getting the story completely wrong.

Because in the end, neither the Manafort case nor the one they were REALLY excited about — the Cohen one — would genuinely hurt the President in even the slightest degree.

That’s not what the Media(D) were telling you — and not even some of the reporting on Fox, either. But Levin’s a Constitutional Scholar who’s been digging into this issue for a long time, expecting this angle to come up eventually. He didn’t have to speculate or guess as to legal implications. He was ready for it when it came along.

Without further introduction, here he is, the ‘Great One’ himself.

Right off the intro, he says ‘I want to address Michael Cohen’. The italics that follow are verbatim:

I want to help the law professors, the constitutional experts, the criminal defense lawyers, the former prosecutors and of course the professors and I want to help them understand what the law is. The general counsel for the Clinton mob family Lanny Davis, he had his client plead to two counts of criminality that don’t exist.

It is a plea bargain between a prosecutor and criminal. A criminal who doesn’t want to spend the rest of his life in prison. That is not precedent. That applies only to that specific case. Nobody cites plea bargains for precedent.

That is number one. Number two, just because a prosecutor says that somebody violated a campaign law doesn’t make it so. He is not the judge. He is not the jury. We didn’t adjudicate anything. [emphasis added]

Assuming that most of the media are going to miss the point, he gave a couple of examples proving that ‘hush money’ has nothing to do with campaign finances, no matter WHAT ‘plea bargan’ Cohen may have been pressured to accept.

After all, you weren’t really expecting that the Clinton lawyer prosecuting this was actually more interested in justice than he was in politics, were you?

In one of the examples, he imagines a businessmen in a legal dispute with some vendors. The candidate wants to discuss policy issues, rather than his personal legal battles. So, he tells his lawyer to settle out of court, and keep the story out of the papers.

That’s not a campaign issue. It’s not campaign money. So even if Cohen was foolish enough to plead to ‘campaign financing’ wrongdoing, it doesn’t mean he actually DID do anything wrong in that sense. It only means he agreed to the specific deal arranged by the Clinton laywer who prosecuted his case.

The fact that the Prosecution of the Southern District of New York calls it payment at the direction of the candidate to influence the election means nothing.

If that doesn’t convince you, you could check out the first hour of his radio show where he interviews about as authoritative an expert as you could find:

Then, Bradley Smith, former Chairman of the Federal Election Commission, explains the facts of the Cohen plea agreement. Things not related to running a campaign are not campaign expenditures, they are personal expenditures. Even if paying someone to go away might potentially help your campaign, such an expense made with non-campaign funds is not a campaign contribution
Source: Mark Levin

Not that facts are likely to sway liberals from their collective joygasm at the thought that maybe this time, they’ve finally got Trump where they want him. 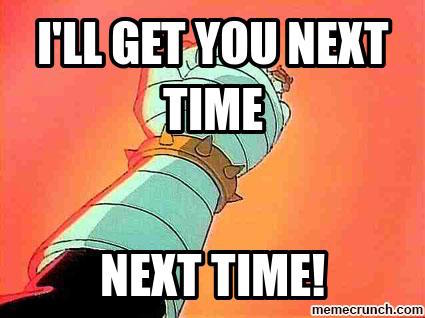 Keep dreaming. And by the way, liberal Media?

That’s the kind of stupidity that keeps driving people to #walkaway. So if you think I’m asking you to stop — you’re off by about 180 degrees.

But then, what else is new?