Beto O’Rourke livestreamed his post-debate drive-thru run, and he was showing off just how cool he was.

He’s got to do something, I guess.

He’s not wearing his hair long with scraggly facial hair and wearing a floral dress like on his high school band’s album cover. 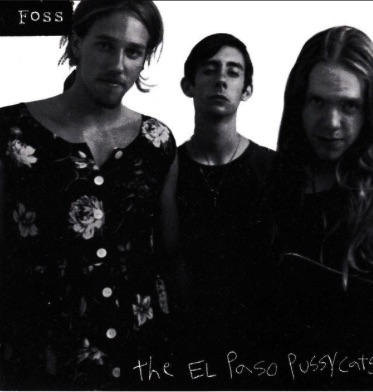 Unlike the way his band actually sounded if this craptastic performance is any indication.

He’s got the virtue signaling, uber-leftist vibe goin’ on, and he’s workin’ that social media, baby!

After his debate with Ted Cruz, O’Rourke headed over to Whataburger, this time in a car, not on a skateboard.

Beto O’Rourke said of The Who’s dystopian song, Baba O’Riley (Teenage Wasteland), ‘this might be the best song ever written.’

He then cranked the tunes and started playing pretend instruments.

In a clip streamed as part of a 45-minute Facebook Live broadcast, the politician excitedly air-drums through The Who’s Baba O’Riley with passengers in the car he’s driving.

Speaking about the synthesizer and piano, the former Foss musician grins and pumps up the volume before hitting imaginary keys.

‘I’m gonna scoot back my chair for the drums,’ he warns before limbering up his arms and going for it on the snare and hi-hat.

‘That’s all I wanna do is play air-drums,’ he laughs but it’s time to move on to the next window at the drive-thru before he can really show his social media followers what he’s made of when it comes to playing bass.

But he didn’t stop there.

He was then lipsyncing along as he drove up to get his burger.

‘Out here in the fields/I fight for my meals/I get my back into my living.’

Maybe Beto should consider playing in an ‘air band’ instead of politics.

He had his backside handed to him by Sen. Ted Cruz on gun control in the debate, and then there was that whole incident at a townhall meeting where he told a black Texan that we need illegal immigration in order to run cotton gins.

That is one hot take.

Is Beto saying that the economy is booming so much under President Trump, and our unemployment numbers have plummeted to historic lows, so we need to import more workers?

Is that where he’s going?

We can have a discussion on legal immigration — we just don’t want people crossing the border illegally and being rewarded for it.

Carry on, Beto, keep campaigning for the GOP.