That ‘Basket of Deplorables’ line worked so well for Hillary, Biden decided to try one of his own. This may surprise some of you, but Biden doesn’t care much for Trump supporters.

Someone should really explain that ‘people who live in glass houses shouldn’t throw stones’ expression to him. Because this backfired… big time.

Biden, in a wild speech  at a Human Rights event, denounced Trump supporters as ‘virulent people’ and the ‘dregs of society.’ Way to stay classy, Joe.

This was the same Human Rights Campaign event that Anne Hathaway denounced whiteness and straightness, Joe Biden called some of Trump’s supporters the ‘dregs of society.’

‘Despite losing in the courts and the courts of public opinion these forces of intolerance remain determined to undermine and roll back the progress you all have made.

There are a small percentage of the American people. Virulent people. Some of them the dregs of society. And instead of using the full might of the executive branch to secure justice, dignity, safety for all, the President uses the White House as a literal — literal — bully pulpit.

Callously exerting his power over those who have little or none.

There is so much wrong with this little speech it’s hard to know where to begin. 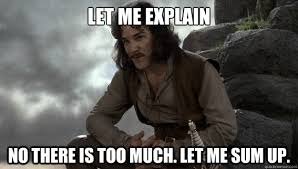 Here’s the problem with that. Can you name one LGBT issue that Trump has targeted for rollback?

The man didn’t even care which toilet Jenner used in Trump tower, remember? And before you say ‘but Pence’… Pence isn’t setting policy. Trump is.

Our President has taken a much more ‘militant’ stand on pro-life issues than he ever did on issues the ‘Pride’ crowd rally around. And last I checked, abortion isn’t ‘the’ unifying issue among gay men or lesbians.

Next, Biden whips up the politics of fear, with a nebulous ‘they’ who want to strip people of rights. It was about as classy — or honest — as that time he told a black audience that ‘they’ want to put ‘you’ back in chains.

Fine, you coward. Name them. Because we have no trouble naming your troublesome ‘nebulous friends’.

And we don’t just mean George Soros or the various performers his proxies pay to join marches.

We mean groups like BAMN who lob makeshift grenades made from wine bottles loaded with dynamite into crowds.

DISGUSTING: This MAYOR Is Connected To A VIOLENT Anti-Trump Mob

Or Antifa:
This Is The Left: Leftists Curse Black Cops And Throw Urine At Others — Aren’t They Winsome?

Or the Hamas-connected Council On American-Islamic Relations

Or La Raza:
Trump’s ties to Bannon no worse than Obama ties to La Raza

“Bully Pulpit” eh, Biden? Your administration literally picked a fight with ‘The Little Sisters Of The Poor’. Talk about ‘punching down’.

He dares to call OTHER people the Dregs of Society? Alright then, if we’re playing this game, let’s play.

Please identify the people in the following 2 photos: 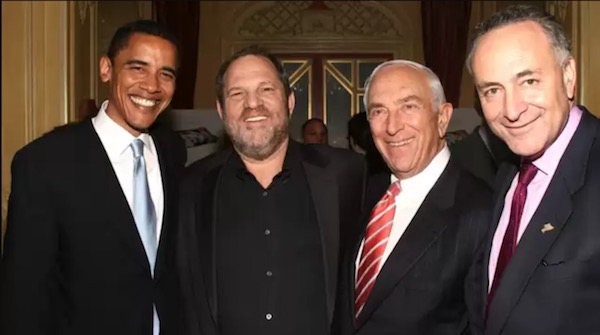 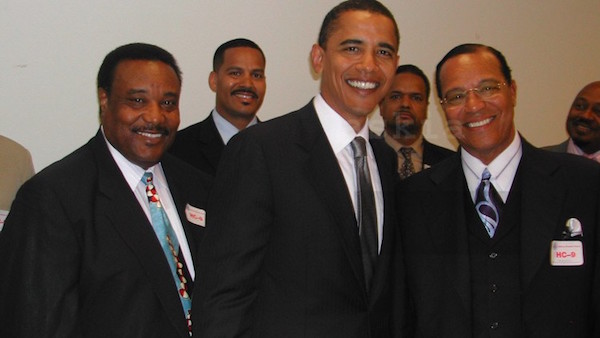 And please tell us a little about why it was controversial that Democrats were giving flowery eulogies to this man, Robert Byrd:

Here’s a photo clue, in case you’re struggling with the answer. 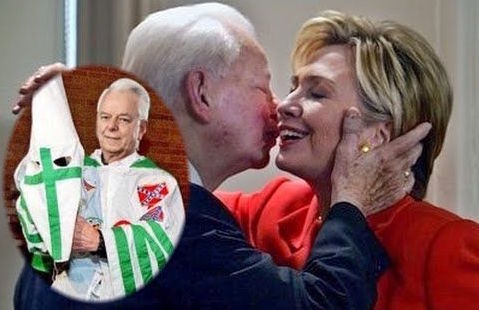 Speaking of ‘losing in court’, you lost that nun case. And here’s a spicy little dish CNN may not have served up. You and your ‘boss’ lost a lot more than that:

And some of those ‘losses’ you tried to taunt Trump with? Trump won them on appeal once they moved out of the activist courts that had been hand-selected by political malcontents.

We could go on, but, like we said — there is too much.