If you were wondering just how cut-throat this Judicial Nomination Process could get — here’s your answer.

It isn’t just due process and civility that are casualties of the political process here in 2018. Now the private lives of elected officials are being put at risk and exposed to a hostile public.

In the same week that Senator Ted Cruz and his wife were surrounded during their dinner at a restaurant by a disruptive mob that drove them out, other senators were made subject to harassment because they were on the ‘wrong’ side of an issue.

Mike Lee, Orrin Hatch and Lindsay Graham had their personal information made public. And it was a Washington insider who did it.

Somebody working from a House of Representatives office is editing the Wikipedia pages of Republican senators to post what looks like their home addresses.

Sens. Lindsey Graham of South Carolina and both Mike Lee and Orrin Hatch of Utah all had their home addresses posted online. It is called doxxing, and it is despicable.
– Source: Philip Wegmann

Here are the screenshots of those modified wiki page entries: 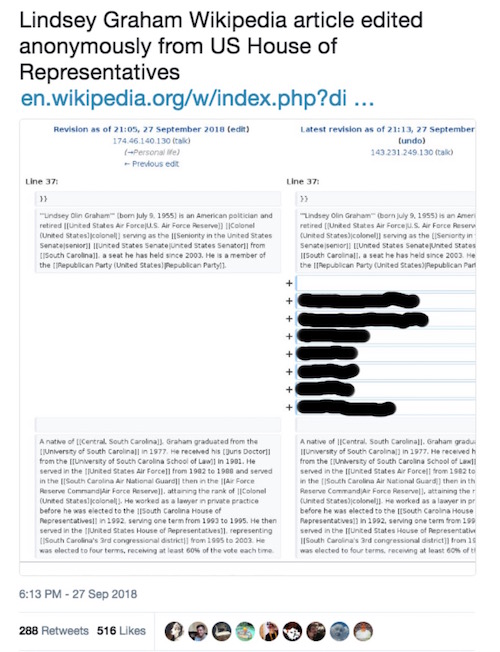 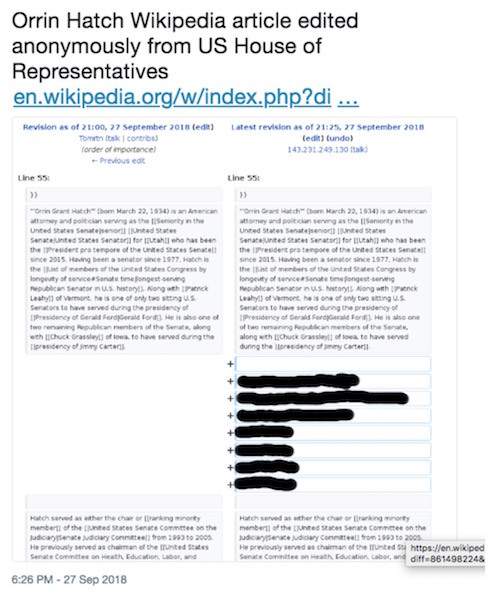 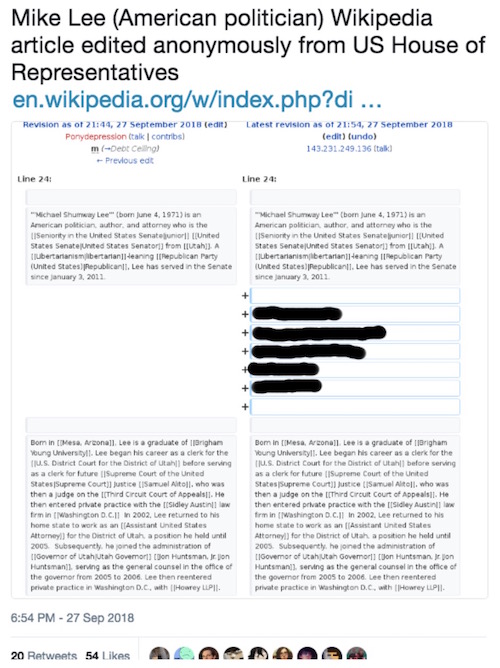 The doxxing itself is bad enough.

But notice that there are retweets and shares.

Democrat partisans are happy to sow chaos into these elected officials’ personal and family lives.

Are these people showing themselves to be a credible ‘government in waiting’?

Or are they heading up a seething gaggle of psychos and sycophants who are no longer the radical fringe of the party, but are increasingly becoming the mainstream?