Maybe if he didn’t go out of his way to be such an odious and obnoxious d-bag, we might be willing to talk about some of the things that he’s upset about.

This may come as a news flash to some people — but when there is actual injustice or an abuse of power — Christians can and should be upset about it.

And that’s true whether that means people with power, connections or some kind of sob story are getting away scot-free, or whether first-time offenders from the wrong side of the tracks are railroaded into plea deals that only the most unmotivated pro-bono lawyer would ever agree to.

A lot of the things these activists see wrong with society are things for which the Church is already rolling up its sleeves and getting involved in the solutions.

Whether it was the beautiful story they tell about believers of different backgrounds coming together in post-apartheid South Africa taking a big chunk of their total budget to make sure the local children were properly fed or how Rich sat under the leadership and teaching (by translation!) of a pastor who doesn’t even speak English, today’s show reminds believers and outsiders alike that it isn’t our melanin that unites us.

Jesus and his apostles are Jewish, after all.

And while it is a mistake of some Leftists to claim Jesus as a proto-Communist, he did care about how we treated the poor, the hungry and the imprisoned.

Those are significant issues we can surely talk about.

But there’s another takeaway from the Kaepernick debacle.

Sometimes, you can have something worth saying, but even sympathetic audiences will refuse to listen if you’re being a d*ck.

Did Jesus promise that his message would be rejected and you would be hated?

But when you ARE hated, make sure it’s because of the offense of the Gospel, not because you have the warm and charming personality of a rabid wolverine.

Because while there is honor in “suffering for the gospel’s sake” there isn’t any for suffering because you are an a$$hole.

Check out the video. If you’d rather take it to go, we’ve got you covered there, too.

Grab a podcast and listen on the fly.

The audio format you can download at home, and play through your phone or tablet wherever you’ve to the spare time to listen — at the gym, on your commute, while mowing the lawn… wherever.

Don’t miss the next one! Sign up for the podcast on your favorite platforms: ???????? 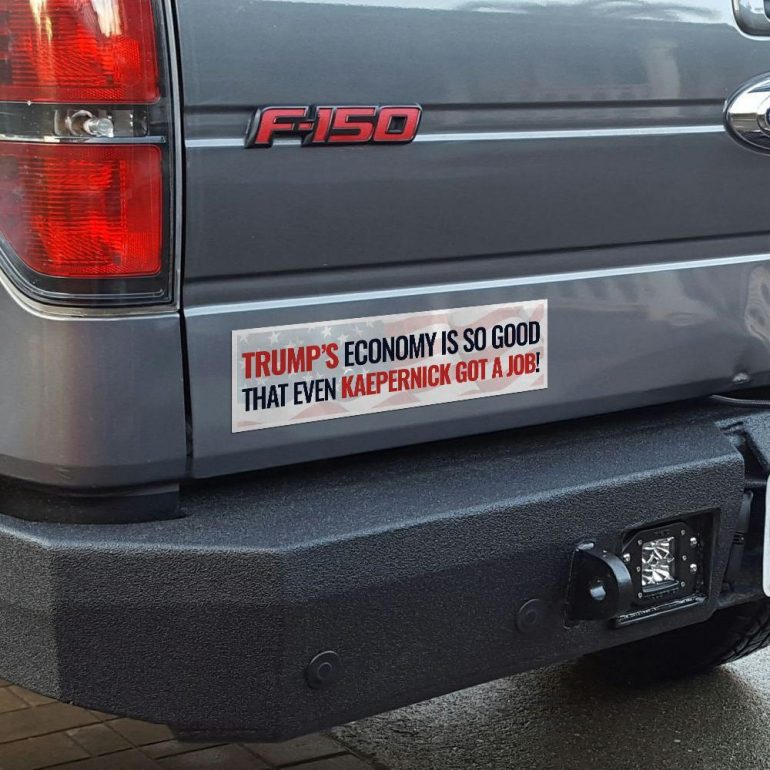 Get your bumper sticker in the ClashDaily Store.