Dang! If Sen. Graham is any indication, it looks like the Republican Senators might have found the fire in their bellies.

Sen. Graham had an amazing take after Dr. Christine Blasey Ford’s testimony (see below). But, certainly one of the most memorable moments of this hearing — aside from Judge Kavanaugh’s fiery opening remarks — was when it was Graham’s turn to ask Kavanaugh questions.

Graham blasts Senate Democrats and reminds everyone that he voted for Justices Sotomayor and Kagan.

The clincher was when he called it the ‘most unethical sham since I have been in politics‘ and finishes his emotional speech to the Senate Democrats, ‘Boy, you all want power, but God, I hope you never get it.‘

.@LindseyGrahamSC: "You have nothing to apologize for. When you see Sotomayor and Kagan that Lindsey said hello. I voted for them. I would never do to this what you have done to this guy. In is the most unethical sham since I've been in politics." pic.twitter.com/gNC5TJCdGK

Who knew Senator Graham had it in him?

.@LindseyGrahamSC has more decency and courage than every Democrat member of the committee combined. God bless him.

Immediately following Dr. Christine Blasey Ford’s testimony, Senator Lindsey Graham (R-SC) was asked what he thought of the account given before the Judiciary Committee.

And boy, did he give his thoughts!

Graham praised sex crimes attorney, Rachel Mitchell, for ‘getting the facts’ of the case.

He also went off on Senate Democrats for stalling tactics and using the confirmation of a Supreme Justice nominee in order to ‘play a political game.’ He lays this circus right at the feet of Democrats.

He says that Dr. Blasey Ford is ‘as much a victim of this as Judge Kavanaugh is.‘

Sen. @LindseyGrahamSC on Dr. Ford: "A nice lady who has come forward to tell a hard story that's uncorroborated, and this is enough. God help anybody else that gets nominated." https://t.co/005BvMqW3Y pic.twitter.com/OLYAyOJvFy

Sen. Orrin Hatch’s office shared headlines of Democrats that are fundraising on this Kavanaugh controversy.

Hard to believe anyone would risk having their motives questioned by fundraising off of stunts during a Supreme Court process.. pic.twitter.com/nuoepi4Vyw

Here are the images shared by Sen. Hatch’s office with each article linked to the photos. 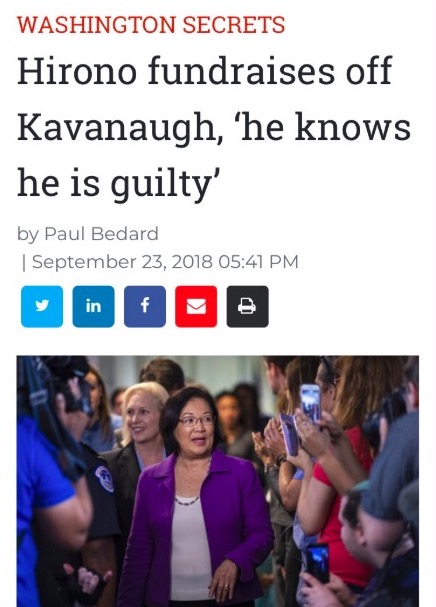 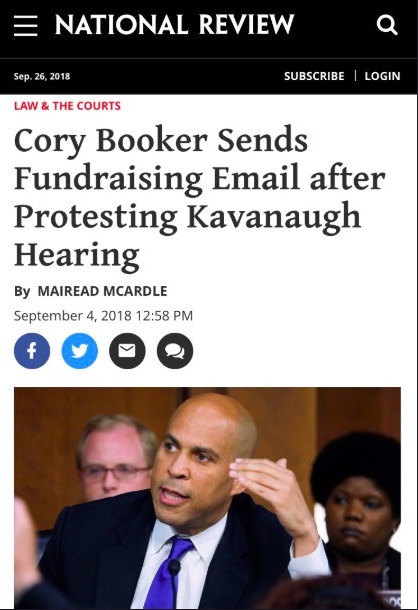 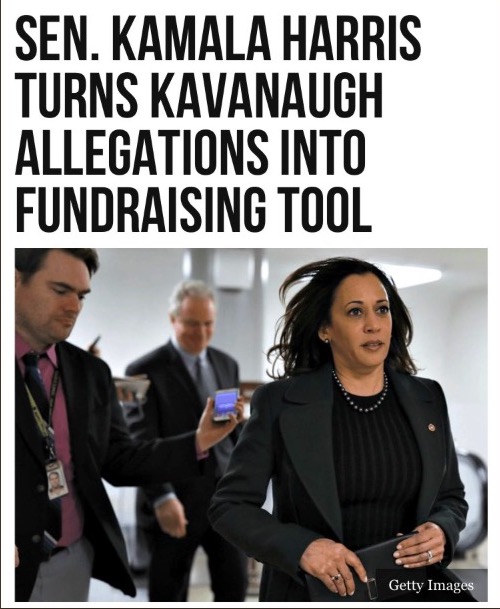 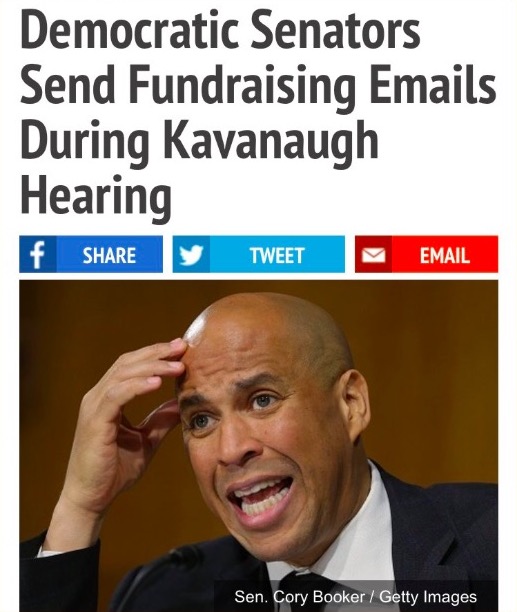 SEN. KAMALA HARRIS HAS A LOT TO SAY about Supreme Court nominee Brett Kavanaugh: The California Democrat’s campaign has posted some 3,600 different Facebook ads about him, according to the social media site’s ad archive.

No other senator appears to be doing as much Kavanaugh-related advertising on Facebook.

Ms. Harris, who serves on the Senate Judiciary Committee, had dozens of active Kavanaugh ads up as of Wednesday afternoon, a day before all eyes will be on the committee as senators listen to testimony by Judge Kavanaugh and one woman who has accused him of sexual assault.

The ads are slight variations on the same message, urging voters to sign a petition opposing Judge Kavanaugh. Most ads highlight what she says is his opposition to Roe v. Wade and loyalty to President Trump. Ms. Harris’s petition links to a fundraising page suggesting contributions of $15 or more to her campaign. She isn’t up for re-election this year.

This has been an absolute circus by a bunch of #Resist Democrats that will destroy a man’s life because the wrong President selected him.

Sen. Lindsey Graham of all people has become a complete badass in defending that pic.

Who would have ever thought that that would happen?

I hate to brag.

I just took the most thug life @LindseyGrahamSC photos of the entire Kavanaugh saga.

…he should; it’s well-deserved.